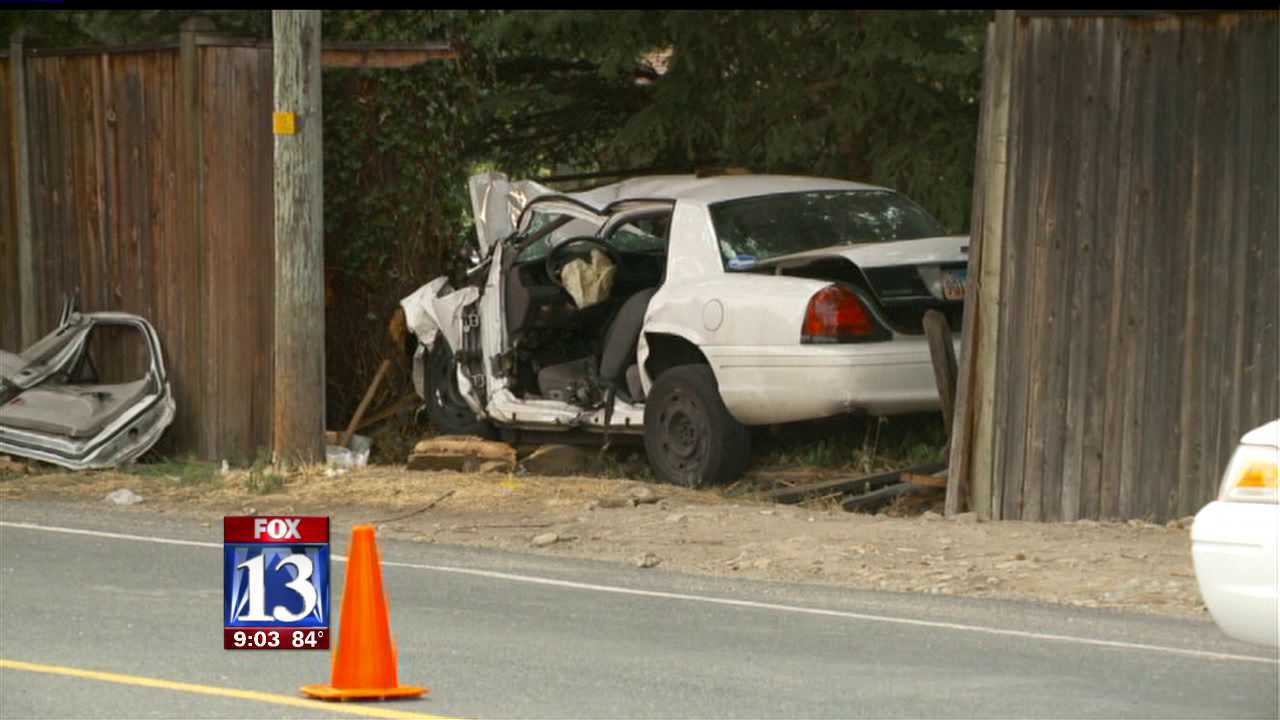 HOLLADAY, Utah — A 40-year-old man died after police say his vehicle drifted off the road and crashed Monday evening.

The accident happened at 5600 South and 1850 East when Unified Police say the car driving west collided between a telephone pole, tree and fence.

Police have identified the man as 40-year-old Chad West. He was found in extremely critical condition and later died at the hospital from his injuries.

Police are investigating what caused West to lose control, but they said they believe speeding was a factor.