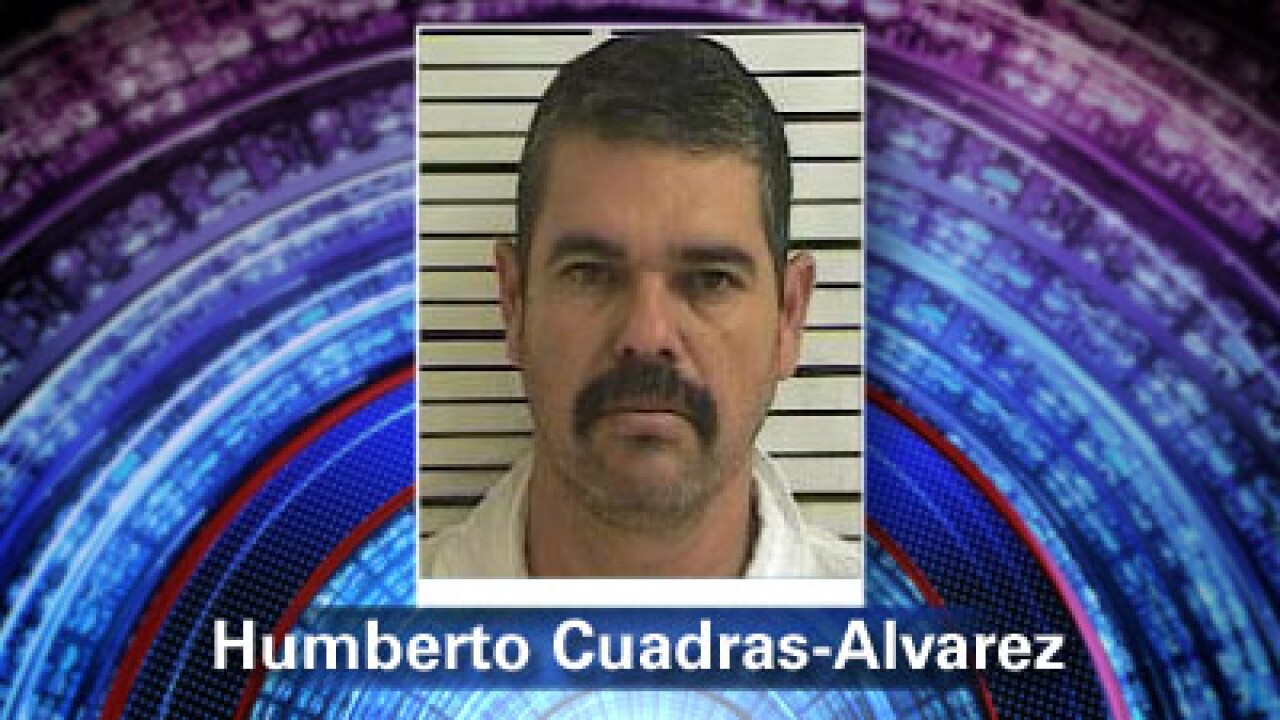 DAVIS COUNTY, Utah - Utah DEA agents have seized 20 pounds of methamphetamine and made one arrest in their latest battle against the Sinaloa Drug Cartel.

After weeks of undercover investigation, 43-year old Humberto Cuadras-Alvarez was busted August 7th in Davis County, as he allegedly unloaded a bag filled with methamphetamine.

The bricks inside later tested positive for meth and during a post-arrest interview, Cuadras-Alvarez told agents he brought the meth to Utah from California with the intent to sell it.

DEA Special Agent in charge for Utah, Frank Smith, says the drugs are worth more than $250,000 on the street.

The Utah bust led agents to a home near Los Angeles where agents arrested three more suspects, seized 500 pounds of marijuana and thousands in cash.

Smith says the Sinaloa Cartel is "desperately trying to establish a foothold in Utah and that already this year, agents have seized one hundred pounds of meth that was headed for the streets of Utah."