TRAX collides with car in Murray, one dead 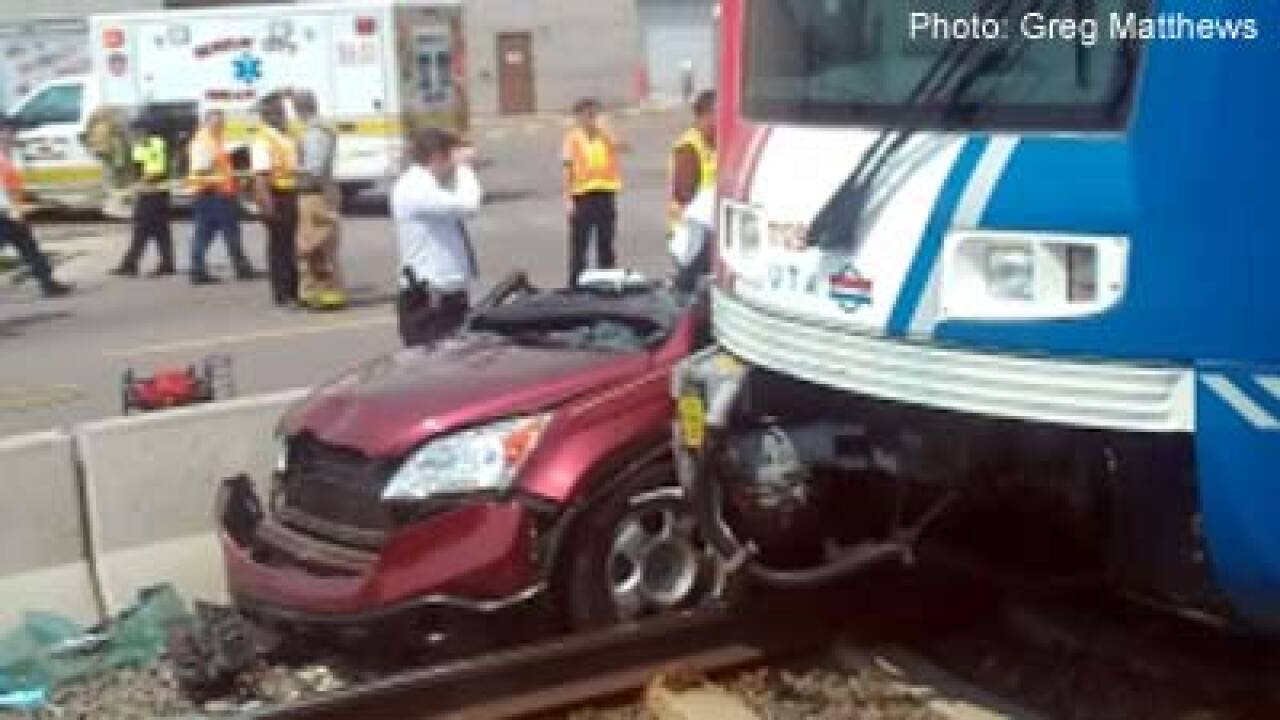 MURRAY, Utah - An Idaho woman is dead after a TRAX train hit a car at 5900 South and 300 West in Murray at noon Wednesday.

The vehicle made a left turn against the red light, trying to weave around crossing arms, and came into the path of the TRAX train. The train pushed the car over 100 yards as became pinned between the barrier and the train.

"She cut through the two arms that were down and was struck by the southbound train," said Officer Kenny Bass, Murray Police Dept. "What it looks like is when it was struck, it was struck and pinned in the concrete barrier and since it was pinned, it was drug along with the train."

The 72-year-old woman driving the car died at the scene. Her 73-year-old husband was trapped inside, so firefighters had to cut the roof off the car and pull him out.

Police have identified the woman as Lorna Boguslawski and her husband as Karren Boguslawski, both of Jerome, Idaho.

The man was transported to Intermountain Medical Center and underwent surgery. He is now in stable condition.

UTA spokesperson Gerry Carpenter says UTA will review the train's surveillance video and information from the crossing equipment to make sure everything was working properly.

"We want to make sure it was working properly and that we know how long the gates had been down prior to the train entering the crossing," said Carpenter.

The train's operator is on administrative lead, as is protocol, while an investigation is conducted.

The TRAX line was temporarily shut down, but all TRAX service has resumed as scheduled.