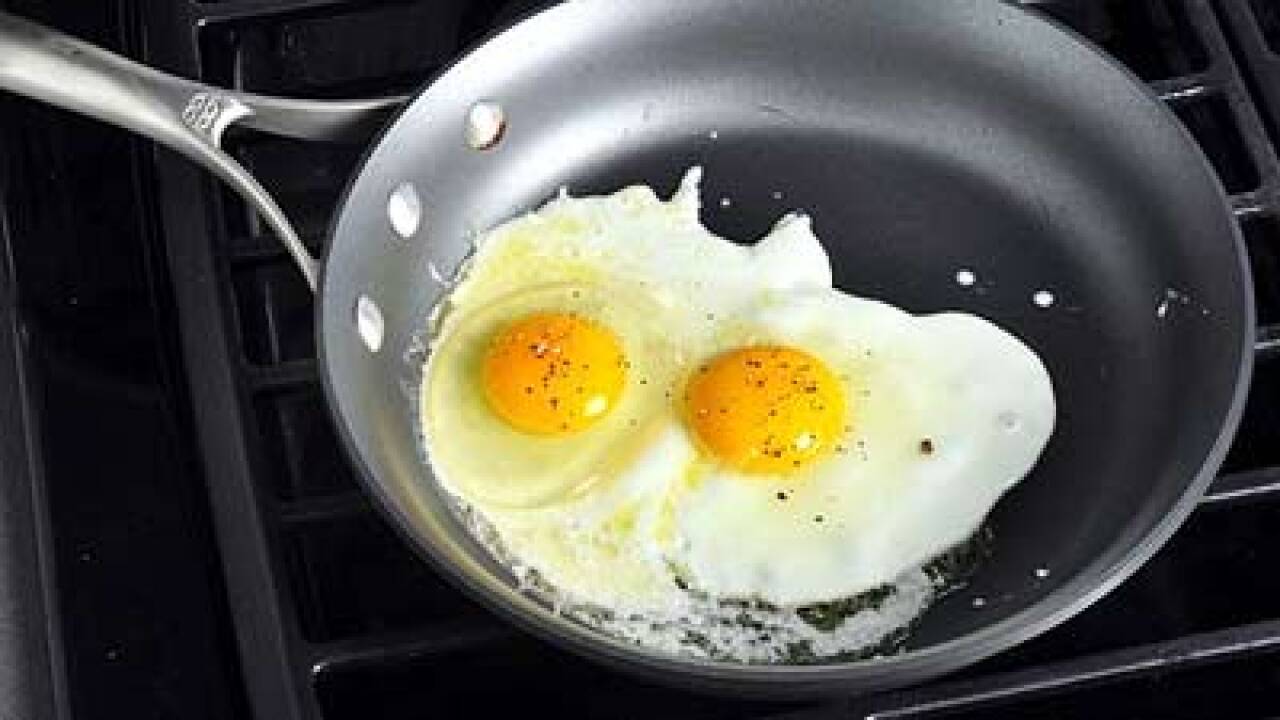 The study published online in the journal Atherosclerosis found eating egg yolks regularly increases plaque buildup about two-thirds as much as smoking does. Specifically, patients who ate three or more yolks a week showed significantly more plaque than those who ate two or less yolks per week.

It may seem harsh to compare smoking with eating egg yolks, but lead study author Dr. David Spence says researchers needed a way to put it into perspective since both eating cholesterol and smoking increase cardiovascular risks – but the general public believes smoking is far worse for your health.

The issue is with the yolk, not the egg, says Spence, who is also a professor of neurology at the University of Western Ontario’s Schulich School of Medicine & Dentistry. “One jumbo chicken egg yolk has about 237 milligrams of cholesterol.”

Keeping a diet low in cholesterol is key, says Spence. Even if you are young and healthy, eating egg yolks can increase the risk of cardiovascular diseases later.

“Just because you are 20 doesn’t mean egg yolks aren’t going to cause any trouble down the line,” he says.

For those patients with increased coronary risk, such as diabetics, eating an egg yolk a day can increase coronary risk by two to five-fold, he adds.

Atherosclerosis, also called coronary artery disease, occurs when plaque builds up in the blood vessels leading to the heart, specifically the inner arterial wall, and limits the amount of blood that can pass through.

In the study, researchers looked at 1,231 patients of the vascular prevention clinics at London Health Sciences Centre’s University Hospital, with a mean age of 61.5. Each patient had already experienced a small stroke or had high blood pressure, hypertension or a family history of cardiovascular disease. Spence says researchers chose to use patients with a higher likelihood of cardiovascular issues because it would have been harder to get visible results using the general population with a lower risk.

Patients were asked to fill out questionnaires about their diet, lifestyle and medications, including how much they smoked and the number of egg yolks they ate. An ultrasound was performed to examine their plaque buildup. Researchers took into account sex, cholesterol, blood pressure, smoking, body mass index and diabetes.

In addition to relying completely on the recollection of patients as to what they ate, the study did not account for waist circumference and it did not account for a patient’s exercise program. And perhaps most notably, it only looked at patients with existing cardiovascular issues.

The study confirms what doctors already know about eating cholesterol and cardiovascular disease, says Dr, Gordon Tomaselli, chief of cardiology at John Hopkins University School of Medicine and the former president of the American Heart Association. “Cholesterol intake should be limited to 300 milligrams a day, particularly in people who have underlying heart disease,” he says.

So what can you do to keep your heart healthy?

Talk to your doctor if you have a history of heart disease and consider a change in lifestyle – things like eating better, watching your cholesterol, stopping smoking, and exercising.