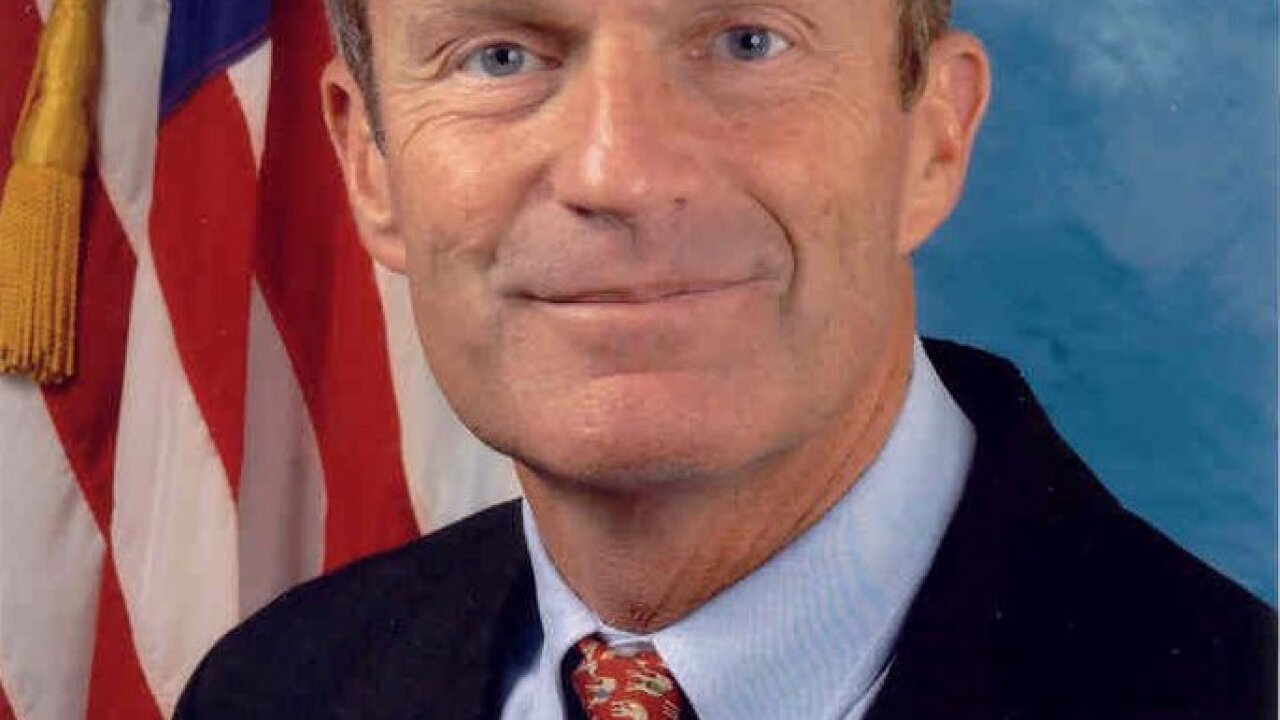 Answering a question about whether or not he thought abortion should be legal in the case of rape, Akin explained his opposition by citing unnamed bodily responses he said prevented pregnancy.

“First of all, from what I understand from doctors, that’s really rare,” Akin said of rape-induced pregnancy in an interview with KTVI. A clip of the interview was posted online by the liberal super PAC American Bridge.

“If it’s a legitimate rape, the female body has ways to try to shut that whole thing down,” Akin continued. He did not provide an explanation for what constituted “legitimate rape.”

He added: “But let’s assume that maybe that didn’t work or something. You know I think there should be some punishment, but the punishment ought to be on the rapist and not attacking the child.”

In a statement Sunday, Akin wrote that he misspoke in the interview. He maintained his opposition to abortion for victims of rape.

“In reviewing my off-the-cuff remarks, it’s clear that I misspoke in this interview and it does not reflect the deep empathy I hold for the thousands of women who are raped and abused every year,” Akin wrote. “Those who perpetrate these crimes are the lowest of the low in our society and their victims will have no stronger advocate in the Senate to help ensure they have the justice they deserve.”

“I recognize that abortion, and particularly in the case of rape, is a very emotionally charged issue,” Akin continued. “But I believe deeply in the protection of all life and I do not believe that harming another innocent victim is the right course of action. I also recognize that there are those who, like my opponent, support abortion and I understand I may not have their support in this election.”

Statistics on pregnancies that result from rape are difficult to produce, since rape is a crime that often goes unreported. The Rape, Abuse & Incest National Network, along with Planned Parenthood, each estimate that 5% of rapes lead to pregnancy. A 1996 study from the Medical University of South Carolina found the same percentage, adding that 32,101 pregnancies occurred annually from rape.

Akin, a six-term U.S. congressman, touted his socially conservative values on the primary campaign trail, and gained the support of 2008 presidential candidate and former Arkansas Gov. Mike Huckabee. He was one of the first members of Congress to join the Tea Party Caucus in 2010 and has easily won re-election in recent years.

The lawmaker raised a notable $2.2 million this cycle, as of July 18.

Akin — who sits on the House Science, Space and Technology Committee — has long held a hard-line stance on abortion. He is opposed to abortions in all circumstances, and has said he also opposes the morning after pill, which he equates to abortion.

McCaskill, who is up against Akin in November’s general election, almost immediately struck upon her opponent’s comments Sunday, writing on Twitter: “As a woman & former prosecutor who handled 100s of rape cases, I’m stunned by Rep Akin’s comments about victims this AM.”

She later released a statement condemning her rival as “ignorant about the emotional and physical trauma brought on by rape.”

“The ideas that Todd Akin has expressed about the serious crime of rape and the impact on its victims are offensive,” she continued.

McCaskill’s website also splashed Akin’s comments across the homepage, and included a link where supporters could donate money to McCaskill’s campaign.

Republicans consider McCaskill, first elected in 2006, highly vulnerable in her re-election bid for a second term. Ahead of the GOP primary, a Mason-Dixon poll showed the senator falling behind each of the three main GOP competitors in hypothetical match-ups among registered Missouri voters.