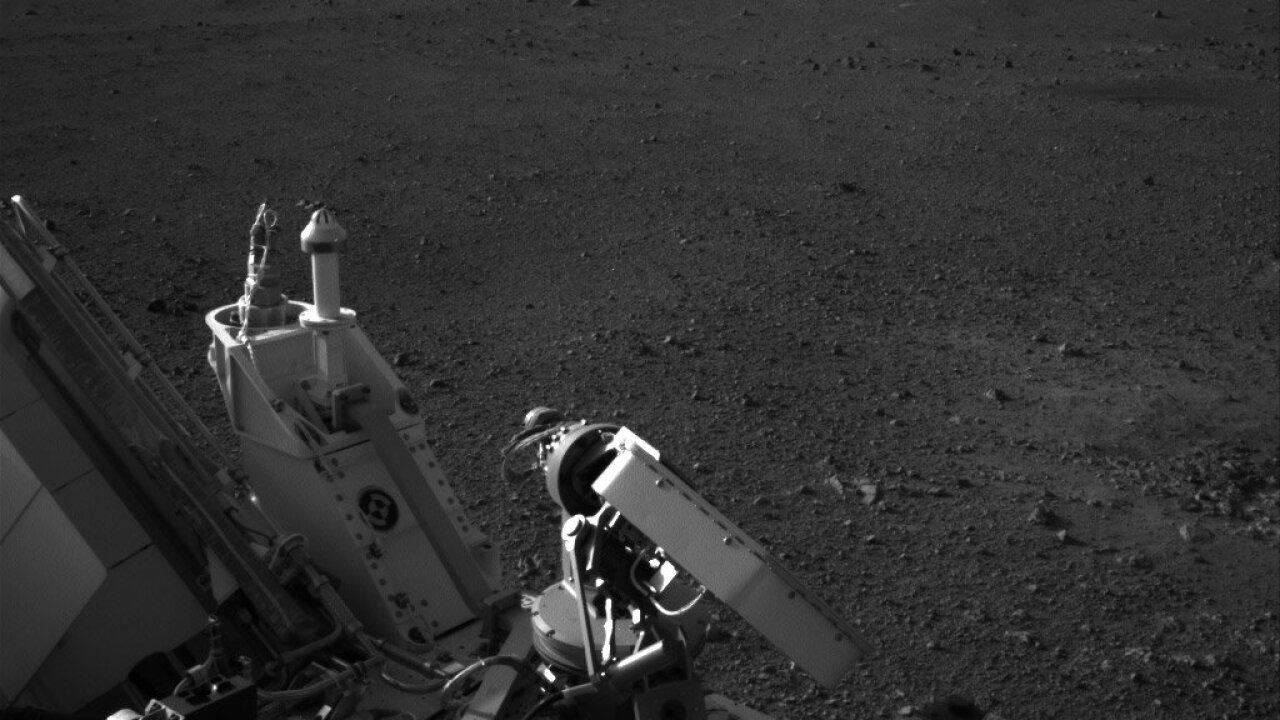 (CNN) — The Mars Curiosity rover used its laser to “interrogate” a Martian rock Sunday in what NASA said was “target practice” for future experiments.

It was the first time such a powerful laser has been used on another planet and comes two weeks after the mobile science lab touched down on Mars.

A fist-sized rock dubbed “Coronation” — or Martian rock N165 for scientists keeping count — was zapped 30 times over 10 seconds with 14 millijoules of energy in each pulse, NASA said.

“Each pulse delivers more than a million watts of power for about five one-billionths of a second,” a NASA statement said.

Curiosity’s ChemCam, short for Chemistry and Camera, recorded the resulting glowing, ionized gas in an effort to identify chemical elements in the rock, which was about 10 feet away.

“It’s so rich, we can expect great science from investigating what might be thousands of targets with ChemCam in the next two years,” Maurice said.

ChemCam “got a great spectrum” to analyze, said Roger Wiens of the Los Alamos National Laboratory. “Our team is both thrilled and working hard, looking at the results. After eight years building the instrument, it’s payoff time!”

Curiosity began a two-year mission on Mars on August 6 and has been beaming back images of the surface of Gale Crater ever since. It is loaded with 10 instruments “to assess whether a carefully chosen study area inside Gale Crater has ever offered environmental conditions favorable for microbial life,” NASA said.

“We had a bunch of strong contenders. It is the kind of dilemma planetary scientists dream of, but you can only go one place for the first drilling for a rock sample on Mars,” said project scientist John Grotzinger. “That first drilling will be a huge moment in the history of Mars exploration.”

The rover’s primary target is Mount Sharp, a peak about 8 kilometers (5 miles) away. But moving about a football field a day, with lengthy stops, it could take nearly a year to reach the slopes at the base of the mountain.