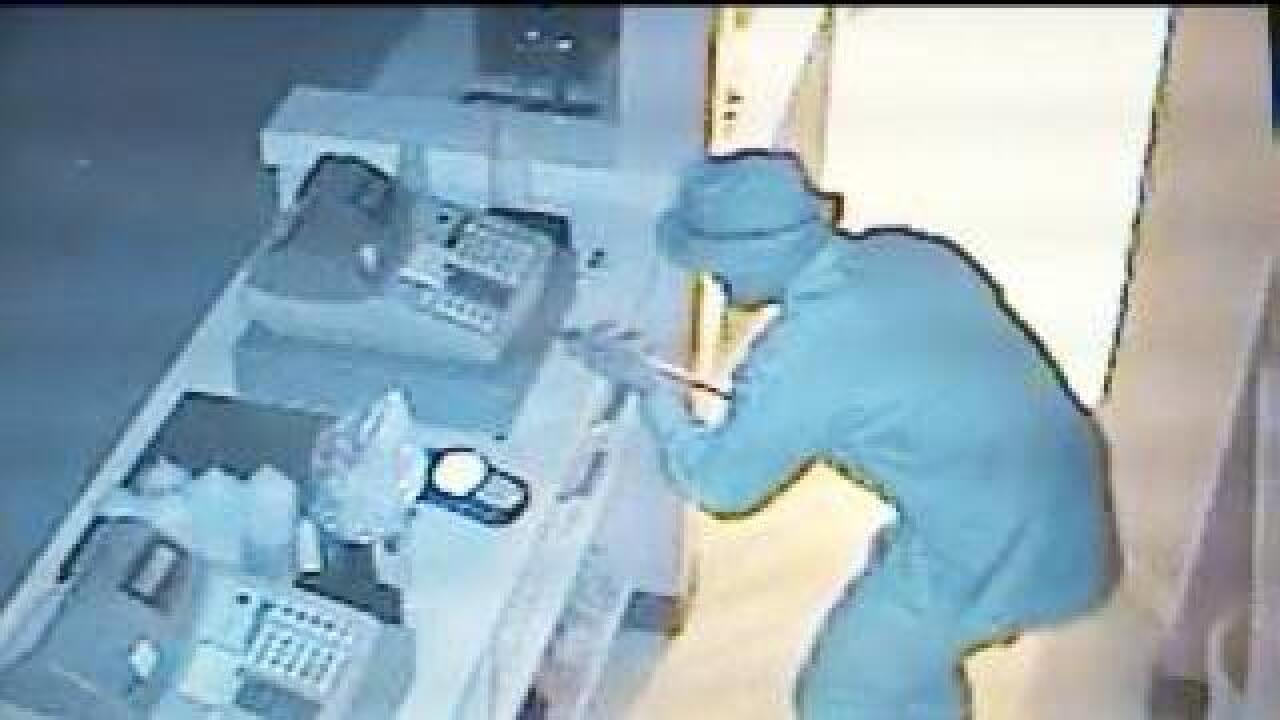 The suspect was caught on surveillance camera ransacking Yogotogo in Kaysville.

Police say the man took less than $200 but caused more than $1,000 in damages. Two other businesses were also burglarized around the same time. Detectives said they believe it was all by the same person.

"Doors were pried open. We found yellow pry marks on all of the businesses, on the cash registers," said Capt. Brent Ward, Kaysville Police Department. "It indicates that it was the same individual that broke into all three businesses."

Police describe the suspect as a white man, about 5 foot 10 inches tall and 180 pounds.