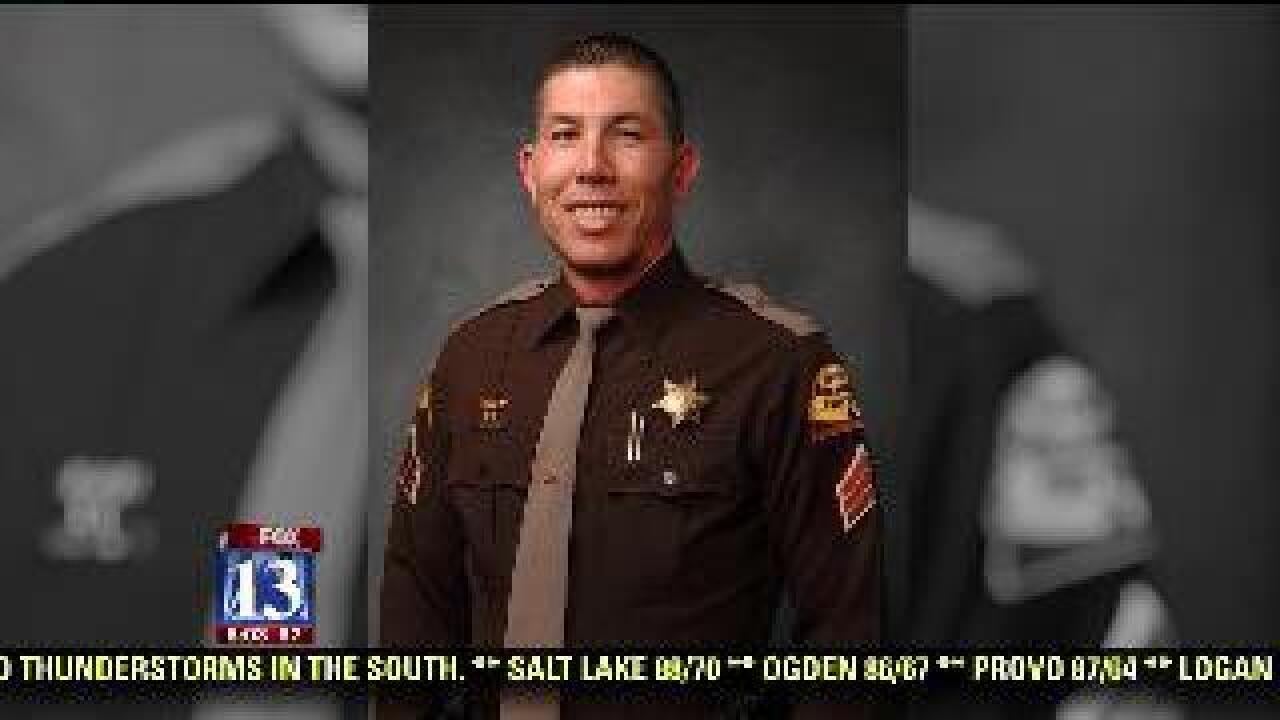 A Utah Highway Patrol trooper hit by a utility truck at the scene of a crash on I-80 Wednesday is recovering after 12 hours in surgery.

Sgt. Chris Dunn, a 14-year veteran with UHP, was taken by helicopter to University of Utah Medical Center. He lost four fingers in the accident and was in surgery Wednesday afternoon while doctors tried reattaching them.

Dunn is awake and talking to his family Thursday morning, thanking everyone for their support. His surgery wrapped up around 11 p.m. Wednesday, but doctors say it will be days before they know if the surgery was a success.

Dunn had stopped to help victims in a previous crash that happened about 6 a.m. on I-80 eastbound at mile post 137 near the Lambs Canyon exit.

During that crash, a van rear ended a semi truck and a helicopter transported one person in critical condition to the hospital.

Image of the crash scene from a traffic camera at 7 a.m. Wednesday.

Several UHP officers responded to the scene and blocked off lanes on I-80. They were out working the scene from about two hours when they began opening the roadway again.

Troopers say Dunn was getting back into his car when a utility truck hit his vehicle, taking off the door. The truck initially continued traveling along the highway for about a quarter of a mile before pulling over.

Officers began questioning the driver who remained at the scene. The truck driver told officers he was looking down to shift gears and did not know what he had hit. Initial reports say the truck went inside cones when he struck the trooper.

The roadway was blocked off for several hours Wednesday while officers investigated.

The driver of the utility truck has not been cited, but UHP says he was negligent. The district attorney will decide whether any charges should be filed.