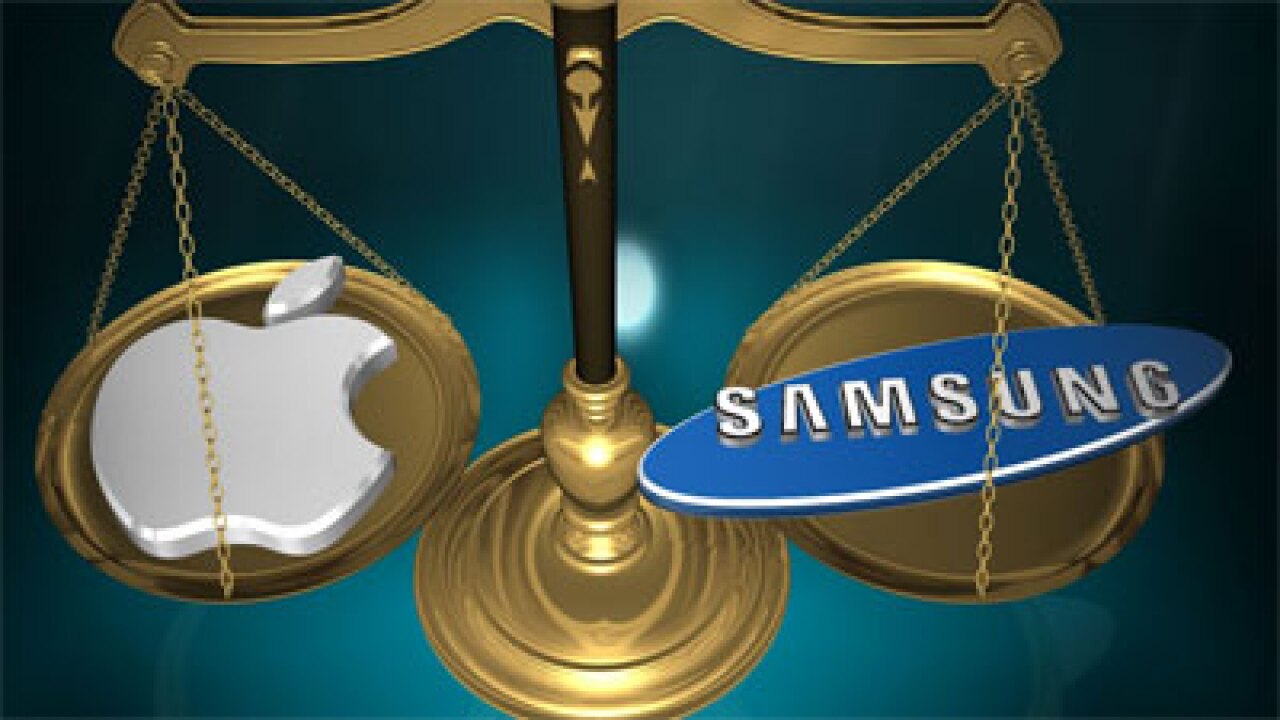 (CNN) — A federal jury in California on Friday recommended that Apple be awarded more than $1 billion in damages after finding Samsung was guilty of “willful” violations of a number of Apple’s patents in the creation of its own mobile products.

The jury did not recommend awarding Samsung any money in its counterclaims that Apple had violated some of its patents. The judge and lawyers from both Apple and Samsung continued to discuss the jury forms late Friday afternoon.

“This is a huge win for Apple,” Mark Lemley, a Stanford law professor, said over e-mail. “$1,051,855,000 is just large enough to make it the largest surviving patent verdict in history.”

Apple had asked for $2.7 billion in damages, claiming that Samsung “ripped off” its iPad and iPhone designs. Samsung countersued Apple for infringing on five of its patents and asked for $519 million.

A nine-person jury spent just two and a half days puzzling out its final verdict, with weeks of notes and memories of testimony, 109 pages of jury instructions, and boxes of evidence including a collection of contested smartphones and tablets as their guide.

The jurors had to complete a complicated 20-page verdict form filled with charts and yes or no answers to suss out exactly which device violated what patents and which companies were responsible. Finally, they had to do the calculations to determine the final damages amounts.

The lawsuit is the largest yet in the ongoing worldwide patent brawl between the two companies, which itself is just one battle in Apple’s war against Google’s Android mobile operating system. On August 24, a South Korean court found that both parties had infringed on each other’s patents, banning the sale of the iPhone 3GS, iPhone 4, two iPad models and Samsung’s Galaxy S2. Apple was ordered to pay Samsung $35,000 and Samsung to pay Apple $22,000.