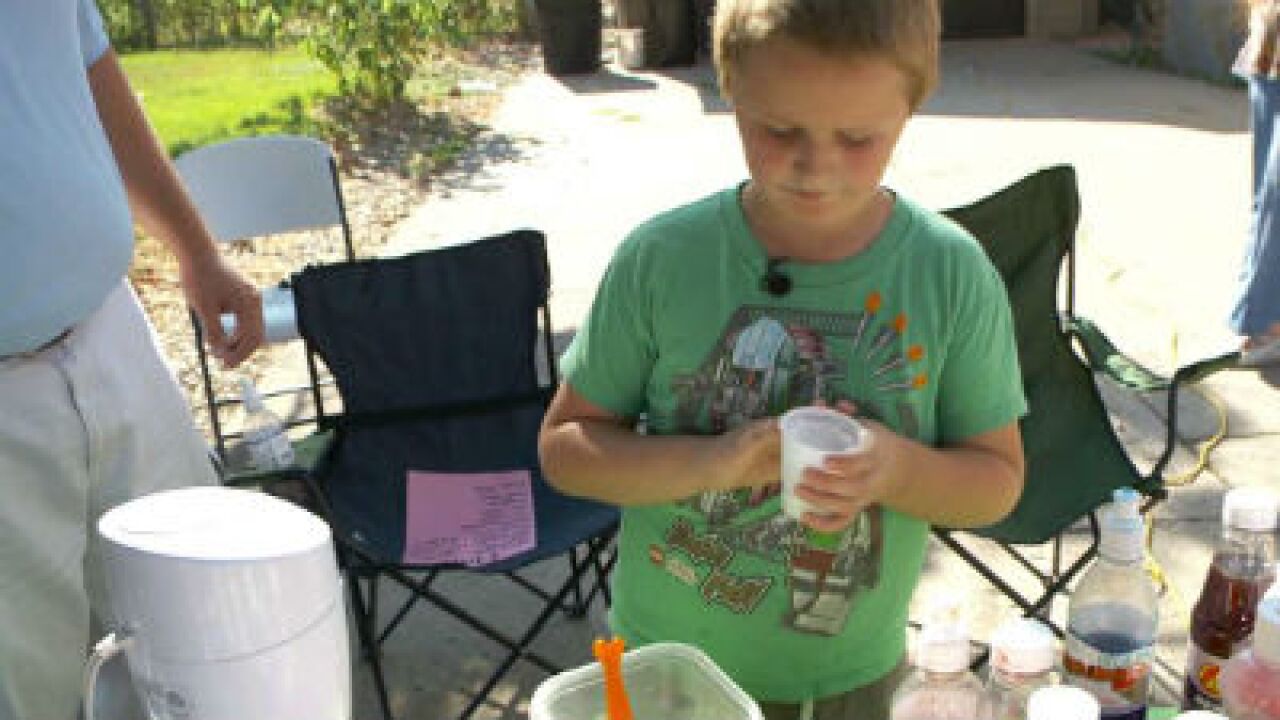 SUNSET, Utah  - A 7-year-old boy from Sunset helped raise money for a new K-9 officer for the Orem Police Dept. after they lost a dog to cancer earlier this month.

"My dad was listening to the radio and he heard that Orem City's K-9 unit died because of cancer. So then he called and told us and we decided to help them buy a new dog," said Jack.

Jack decided he wanted to help both police departments and began selling snow cones with a goal of making $300 by the end of the summer.

"We started selling snow cones. Jack wanted to call this snow cones for safety, because the dogs keep us safe so we need to keep them safe," said Peggy Stevenson, Jack's mother.

Jack passed that $300 mark by a lot; he was able to raise $1,500 by the end of the summer. His mom says it was hard work, but they had some help and support.

"Our neighbors have been amazing. There is no way we'd be able to do this without our neighbors and without friends," said Peggy.

Jack is hoping to raise at least $500 more for the police departments. Donations can be made to a PayPal account under jackjacksmom@gmail.com.