Police: All Empire State shooting victims were wounded by officers 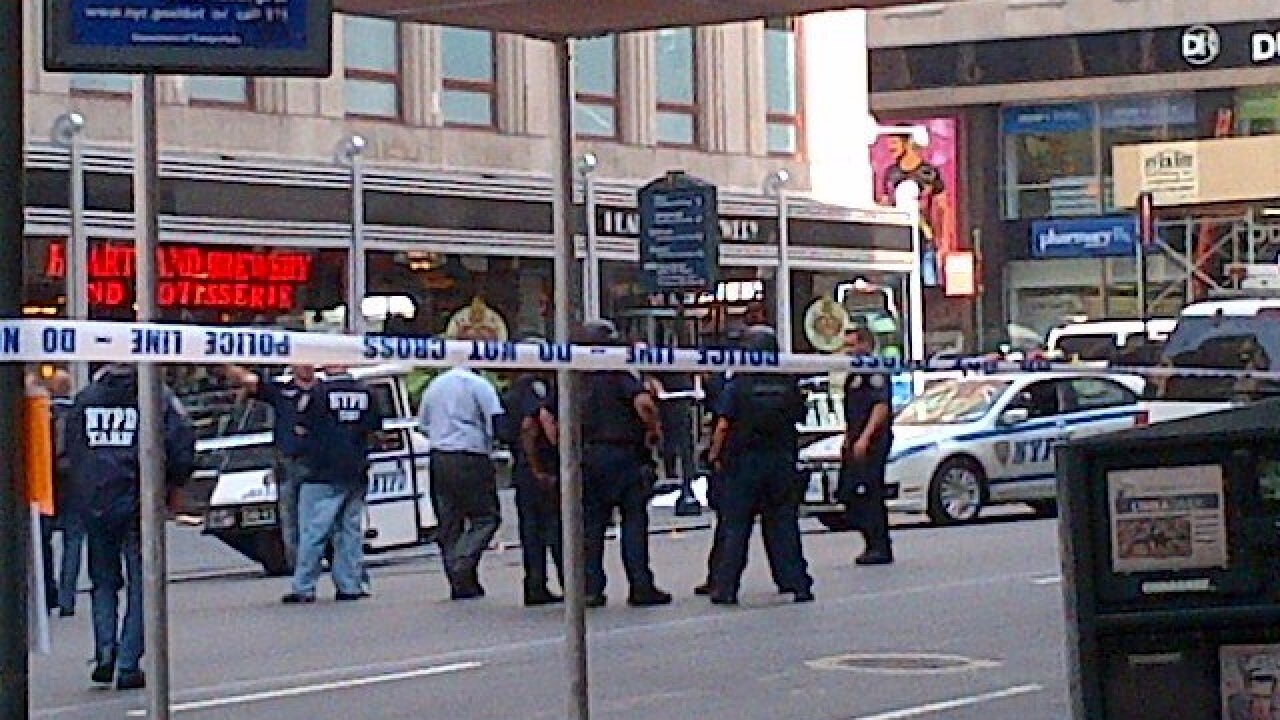 NEW YORK (CNN) — On a busy Friday morning in Manhattan, nine pedestrians suffered bullet or fragment wounds after police unleashed a hail of gunfire at a man wielding a .45 caliber pistol who had just killed a former co-worker.

The officers unloaded 16 rounds in the shadow of the Empire State Building at a disgruntled former apparel designer, killing him after he engaged in a gunbattle with police, authorities said.

Three passersby sustained direct gunshot wounds, while the remaining six were hit by fragments, according to New York Police Commissioner Ray Kelly. All injuries were caused by police, he said Saturday.

One officer shot nine rounds and another shot seven.

Police identified the gunman as Jeffrey Johnson, 58, who was apparently laid off from his job as a designer of women’s accessories at Hazan Import Co. last year.

Johnson, who served in the U.S. Coast Guard in the mid-1970s, had two rounds left in his pistol. It holds eight, Kelly said.

Police identified the slain co-worker as Steven Ercolino, 41, who had apparently filed a prior complaint against his assailant, claiming that he thought Johnson would eventually try to kill him.

Both men had filed harassment complaints against each other in April 2011, Kelly added.

Ercolino was listed as a vice president of sales at Hazan Import Corp., according to his LinkedIn profile.

“It’s not something that should happen to a loving person like that,” said his brother, Paul. “He’s going to be so missed by everybody. He was a light of so many lives.”

His longstanding dispute with the gunman “apparently centered on the fact that Ercolino was not selling — at least in Johnson’s opinion — as much of his product … as he wanted him to,” Kelly said.

The suspect lost his job last year at Hazan “as a result of downsizing” but continued to return to the company regularly, engaging in “a confrontation with Ercolino virtually every time he went back.”

The violence erupted Friday morning just as visitors began to queue up to ascend the famous New York skyscraper in one of Manhattan’s busiest neighborhoods.

Six of the injured were treated and released at hospitals by Friday evening, while three others remained hospitalized, Kelly added.

One of those wounded, Erica Solar, was on her way to get a cup of coffee at Dunkin’ Donuts when a bullet tore through the back of her leg, her brother said. The Manhattan receptionist is being treated at the city’s Bellevue Hospital.

Others like Robert Asika, a 23-year-old city tour guide, were on their way to work and got caught in the crossfire.

“When I turned around, I saw a guy reach in his suit and he pulled out a gun,” he told CNN affiliate WCBS-TV. “I guess he shot at the police officer. And the police officer shot him. And one of them shot me in the arm, and I fell.”

On Friday, Johnson was wearing a business suit and carrying a briefcase as he waited for Ercolino outside his business on West 33rd Street. When Ercolino appeared, “Without any conversation, he shot him once in the head and then shot him in the torso,” the police commissioner said.

Johnson then walked east, before eventually turning north. A construction worker was among those who dashed after the gunman after the initial gunshots. Eventually, the worker alerted two police officers in front of the Empire State Building that the suspect “just killed a man around the corner,” Kelly said.

The police commissioner said the suspect pulled his gun out of his briefcase as the officers approached, pointing at them. The officers then fatally shot Johnson.

A brief surveillance video released Friday night by police shows the man walking behind a large planter on a busy street. He appears to point something as two officers approach, coming to within a few feet of him. Then, as bystanders run in all directions, the man falls abruptly to the ground after apparently being shot.

“I heard the gunshots,” said Anika Basu, who was on a bus near the building when the shooting happened. “I looked toward the left and saw three people fall. … The whole entire crosswalk emptied and people were running.

Police say Johnson used a semiautomatic handgun and was carrying extra ammunition in his briefcase. He purchased the weapon legally in 1991 in Florida but did not have a permit to carry it in New York City.

The former Manhattan resident did not appear to have had a criminal record, but authorities were still checking, Mayor Michael Bloomberg said.

Johnson’s neighbor, Gisela Casella, described him as a quiet animal lover whose death left her “shocked.”

“He was the nicest guy. He must have snapped or something. I don’t know,” she said.

His landlord, Guillermo Suarez, said he lived alone and that he’d seen Johnson leave the building around 8 a.m. in a suit.

By around 9 a.m., the shootings had prompted local and federal authorities to close several streets around Fifth Avenue and West 34th Street, snarling traffic in the heart of Manhattan.

The Empire State Building is one of the most famous skyscrapers in the world and one of New York’s best-known tourist attractions.

Each year, about 4 million people visit the building’s two observation decks. At more than 1,453 feet tall, the landmark building reaches more than a quarter-mile into the sky.