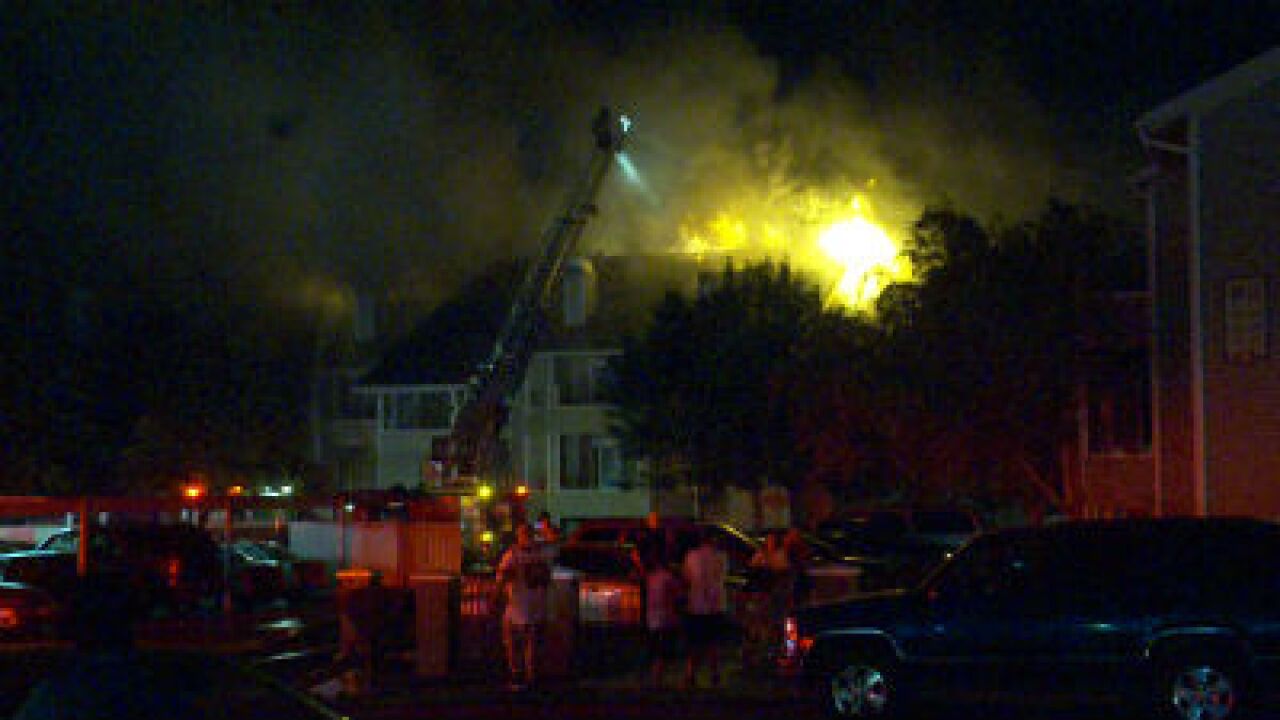 The complex fire, located near 1621 West Snow Queen Place (1675 South), sparked at around 1:30 a.m. Investigators believe that the fire started in an outside deck on the east side of the building.

On Tuesday, the Salt Lake City Fire Department released the cause of the fire to be burning candles left unattended on a second-story deck.

It took 60 firefighters more than an hour and a half to put out the blaze. Six units in the 24-unit building were destroyed by the fire and more than a dozen others suffered heavy smoke and water damage.

The complex is home to refugees from multiple nations and language barriers make determining the exact number of people displaced.

The Red Cross says 11 people and three service animals were helped at a nearby shelter and five animals were being cared for at animal control. Officials are now looking for a place for the displaced residents to stay.