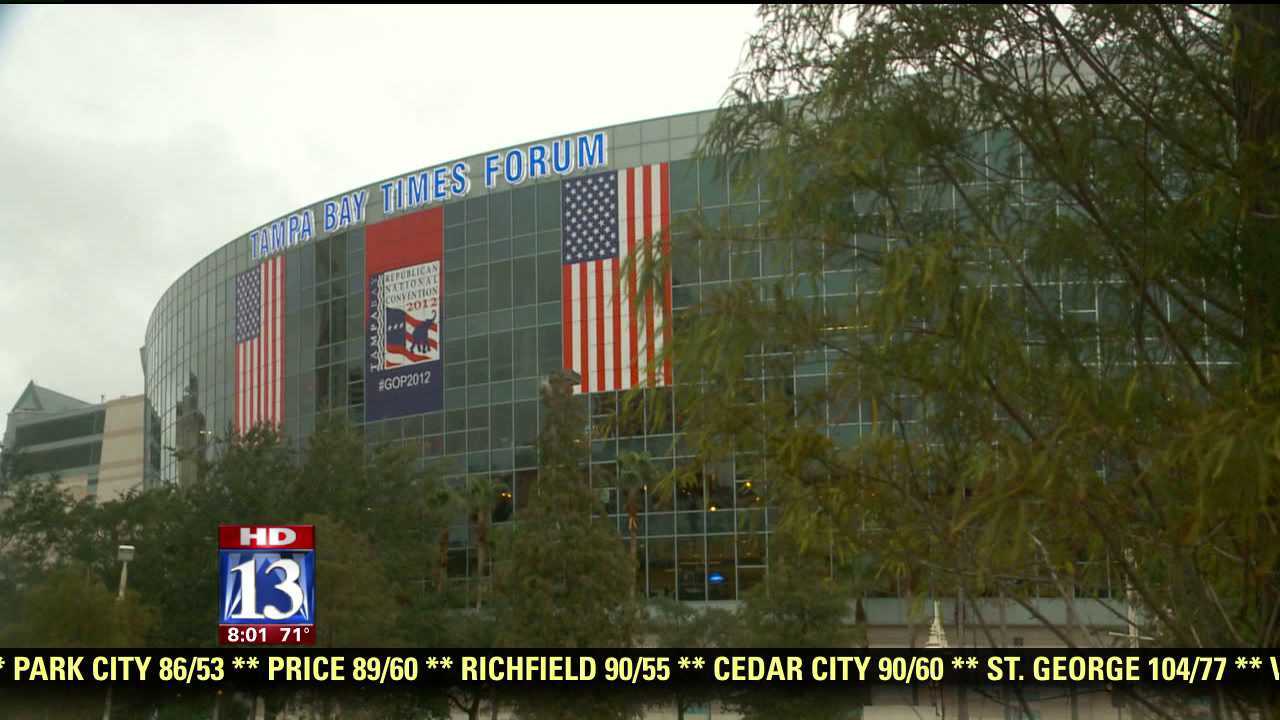 TAMPA, Florida -- The Republican National Convention was postponed until Tuesday afternoon due to Tropical Storm Isaac.

During the delay, delegates from Utah were gathered in a hotel ballroom putting together hurricane kits. They hope to create about 1,000 hygiene kits that will be given to people who are hardest hit by Tropical Storm Issac and need the supplies.

This week's Republican National Convention in Tampa holds special significance for many Utahns, but as Tropical Storm Isaac gets stronger as it comes towards the convention, weather is overshadowing politics.

Former Mass. Governor Mitt Romney will become the first member of the Church of Jesus Christ of Latter-day Saints to be nominated for president and Utah is well-represented. Saratoga Springs Mayor and congressional candidate Mia Love and Rep. Jason Chaffetz will speak and other Utah politicians will be in attendance.

The stage at the Tampa Bay Times Forum is already set up, with a clock displaying a constantly-updated national debt calculator.

FOX 13's Max Roth is in Tampa to cover the convention. Follow @maxroth on Twitter for the latest.