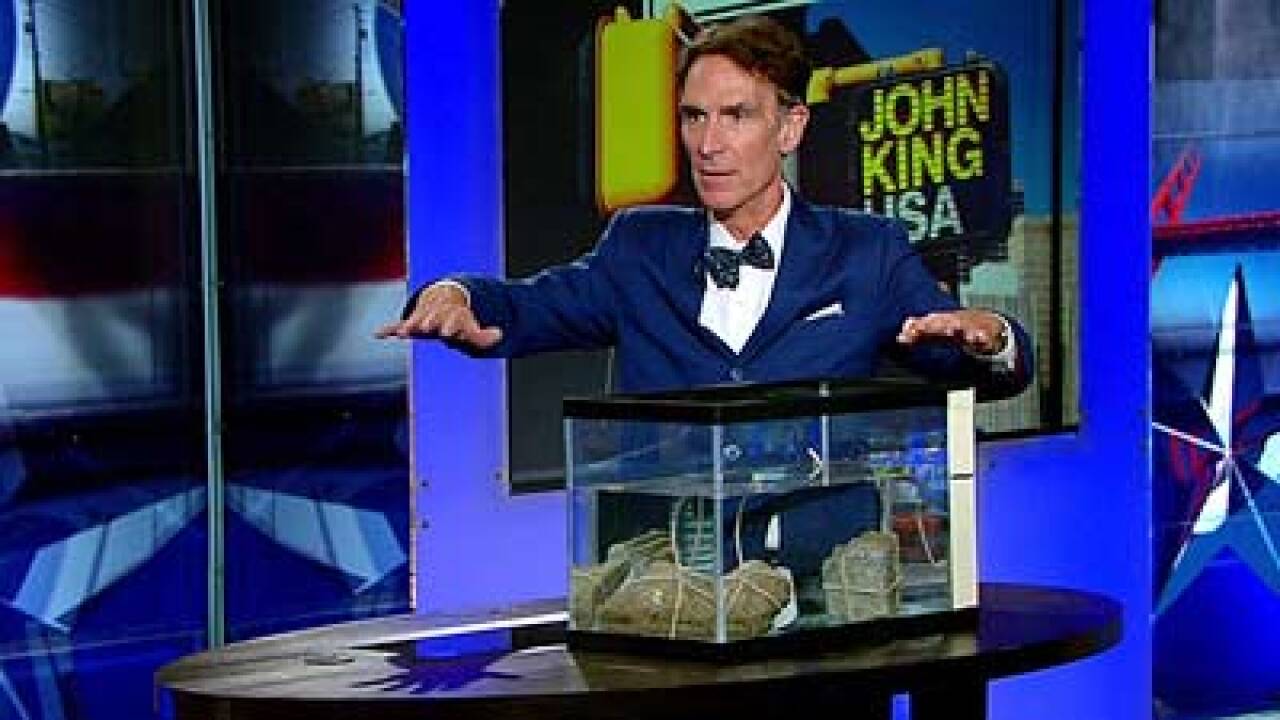 “Denial of evolution is unique to the United States,” Nye begins in a YouTube video posted on Thursday. The video quickly picked up steam over the weekend and as of Monday morning had been viewed more than 1,100,000 times.

Nye — a mechanical engineer and television personality best known for his program, “Bill Nye the Science Guy” — said the United States has great capital in scientific knowledge and “when you have a portion of the population that doesn’t believe in it, it holds everyone back.”

“Your world becomes fantastically complicated if you don’t believe in evolution,” Nye said in the Web video.

Creationists are a vast and varied group in the United States. Most creationists believe in the account of the origins of the world as told in the Book of Genesis, the first book of the Bible.

In the creation account, God creates Adam and Eve, the world, and everything in it in six days.

For Christians who read the Genesis account literally, or authoritatively as they would say, the six days in the account are literal 24-hour periods and leave no room for evolution. Young Earth creationists use this construct and biblical genealogies to determine the age of the Earth, and typically come up with 6,000 to 10,000 years.

The Gallup Poll has been tracking Americans’ views on creation and evolution for the past 30 years. In June it released its latest findings, which showed 46% of Americans believed in creationism, 32% believed in evolution guided by God, and 15% believed in atheistic evolution.

During the 30 years Gallup has conducted the survey, creationism has remained far and away the most popular answer, with 40% to 47% of Americans surveyed saying they believed that God created humans in their present form at one point within the past 10,000 years.

“The idea of deep time of billions of years explains so much of the world around us. If you try to ignore that, your worldview becomes crazy, untenable, itself inconsistent,” Nye said in the video.

“I say to the grownups, if you want to deny evolution and live in your world, that’s completely inconsistent with the world we observe, that’s fine. But don’t make your kids do it. Because we need them. We need scientifically literate voters and taxpayers for the future. We need engineers that can build stuff and solve problems,” he said.

Creationists’ beliefs about the origins of the Earth are often a narrow focus, based in large part on religious beliefs, and while they reject evolution as “just one theory,” they often embrace other fields of science and technology.

In “The Genesis Flood,” the 1961 book that in many ways help launch the Young Earth creationism movement in the United States, the authors write: “Our conclusions must unavoidably be colored by our Biblical presuppositions, and this we plainly acknowledge.” Their goal for the book was to harmonize the scientific evidence with the accounts in Genesis of creation and the flood.

The idea of creationism has been scorned by the mainstream scientific community since shortly after Darwin introduced “The Origin of Species” in 1859. By 1880, The American Naturalists, a science journal, reported nearly every major university in America was teaching evolution.

“In another couple centuries I’m sure that worldview won’t even exist. There’s no evidence for it. So…” Nye ends his video.