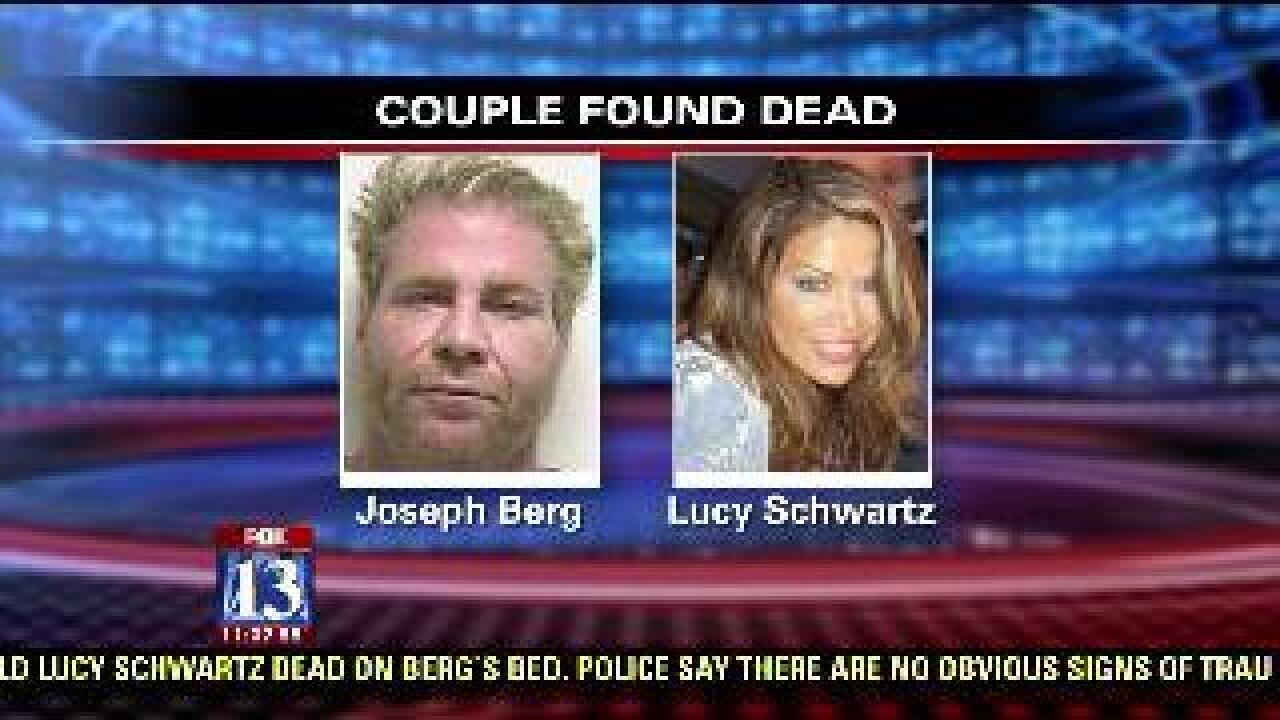 OREM, Utah -- Orem Police are investigating the deaths of a former plastic surgeon and his fiancée on Monday.

Just before noon, police were called out to a home near 400 East and 1450 North in Orem. There they say a family member found the bodies of 47-year-old Dr. Joseph Berg and his fiancée, Lucy Schwartz laying face-down on Berg's bed.

Orem Police Sgt. Craig Martinez said there were no obvious signs of injuries on the bodies.

"Right now we don't know how they died. There are no obvious signs of any trauma or any injuries and so it's going to take probably the medical examiners office autopsy first to figure out what's happened and how these two died," said Martinez.

Orem Police are waiting for autopsy and toxicology reports to determined cause of death.

In April, Berg, a former plastic surgeon, was sentenced to six months in the Utah County Jail for kidnapping and abusing Schwartz. On Friday, Berg was released from jail, being granted early release for time served with good behavior.

"We talked with them both, it was actual just last week, they seemed to be enthusiastic about the future," said Dean Zabriskie, Berg`s Lawyer.

If Berg completed a counseling program, plus three years of probation, Utah's Department of Public Licensing could have reinstated his medical license.