Ogden man dead after three-vehicle crash on I-15 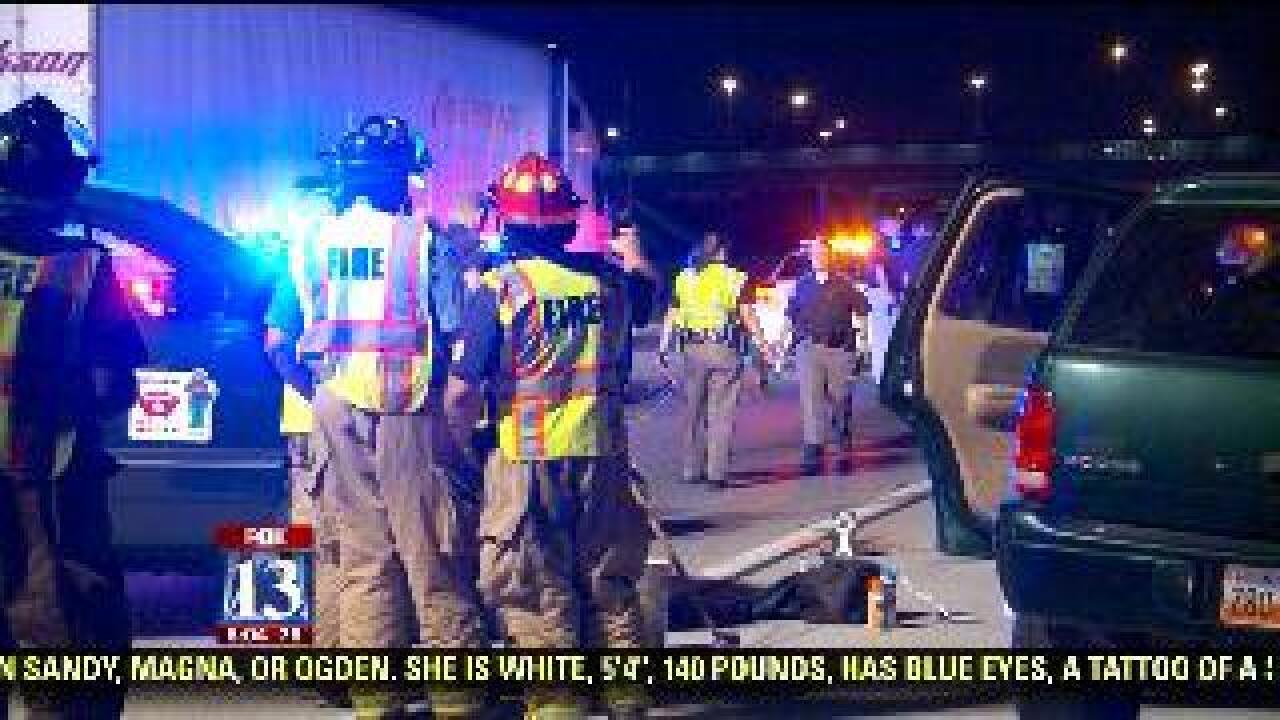 Troopers were called to the crash scene near mile marker 323 at about 9:40 p.m. where they say three cars were involved in the accident.

Officials said Enriqui Vealero, 52, was standing on the driver's side of a car that was pulled off to the emergency lane. They said he was putting fuel into the tank with a gas can when another car drifted out of the travel lane and hit him.

Troopers at the scene said Vealero's family had come out to help him fill his tanks, but he was the only one hit.

"Unfortunately the impact was fatal, and unfortunately his family had to watch it happen," said Arik Beesley, Utah Highway Patrol.

Police said Vealero was killed instantly. The other car spun back into traffic lanes, where it was hit by a third car. The drivers were hospitalized for evaluation. Police have identified the other drivers as Penny Johnson, 41, of Bountiful and Hugo Gonzalez, 28, of South Weber.

Police said it was too early in the investigation to say if any charges will be filed.