Man dead after crash with semi on I-15 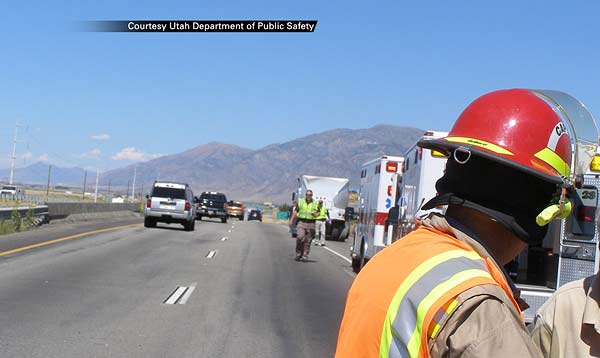 BOX ELDER COUNTY, Utah — A man is dead after crashing with a semitrailer on I-15 Monday.

Police say traffic was being diverted to the right lanes while crews fought a grass fire at mile post 360 in Box Elder County.

According to police, cars were slowing to merge, but 31-year-old Anthony Jackson of Boise wasn’t able to slow down in time and swerved into the back of a semitrailer. His car then spun out of control, hit a guard rail and another car.

Jackson died in the crash and his passenger, Jeri Jackson, was taken to the hospital. Both were wearing seat belts.

No one else was injured in the crash.