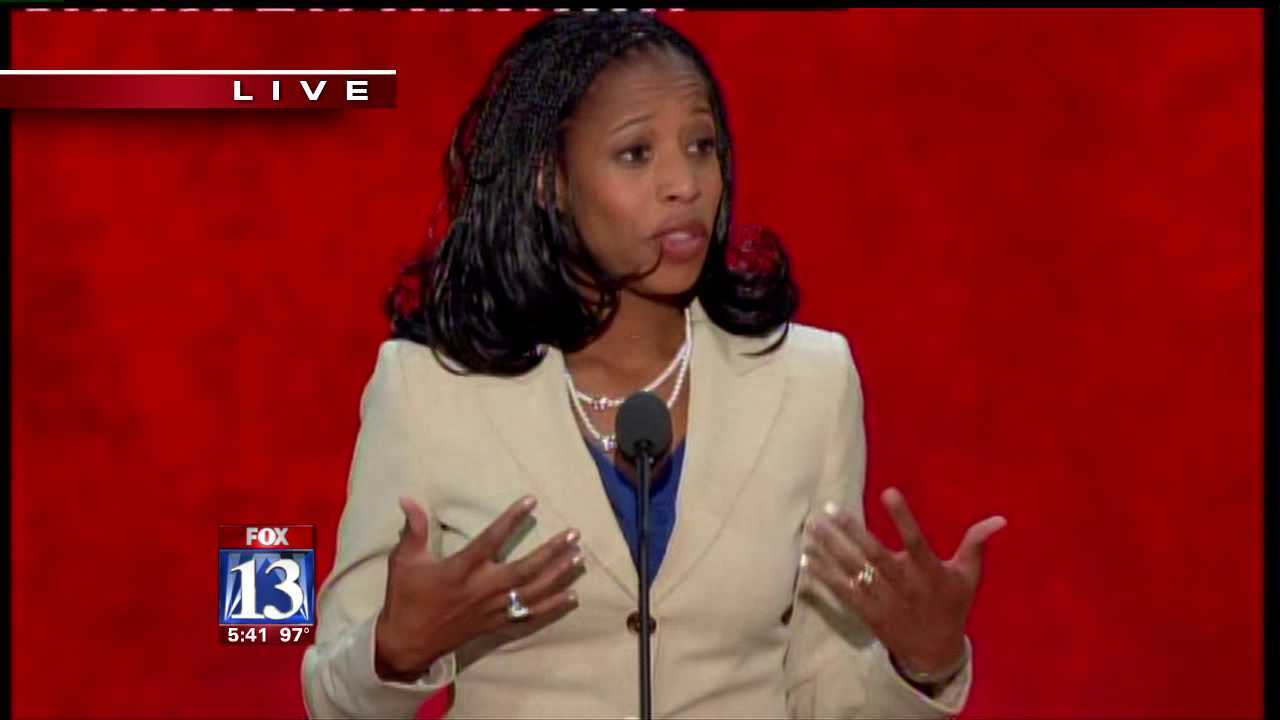 Her speech drew excited applause after she talked about her “American dream,” speaking out in general terms about President Obama’s “failed” policies saying that “no rhetoric, bumper sticker, or Hollywood campaign ad can change that.”

“Mr. President, I’m here to tell you the American people are awake and we are not  buying what you are selling in 2012,” Love said to conventioners.

Love’s speech took examples of individuals’ struggles, at one point eluding to Rosa Parks and Martin Luther King Jr. during the 60’s Civil Rights Movement, to small business entrepreneurs and “Innovators” of today as part of “our story” and “our America,” which Mitt Romney and Paul Romney will embody.