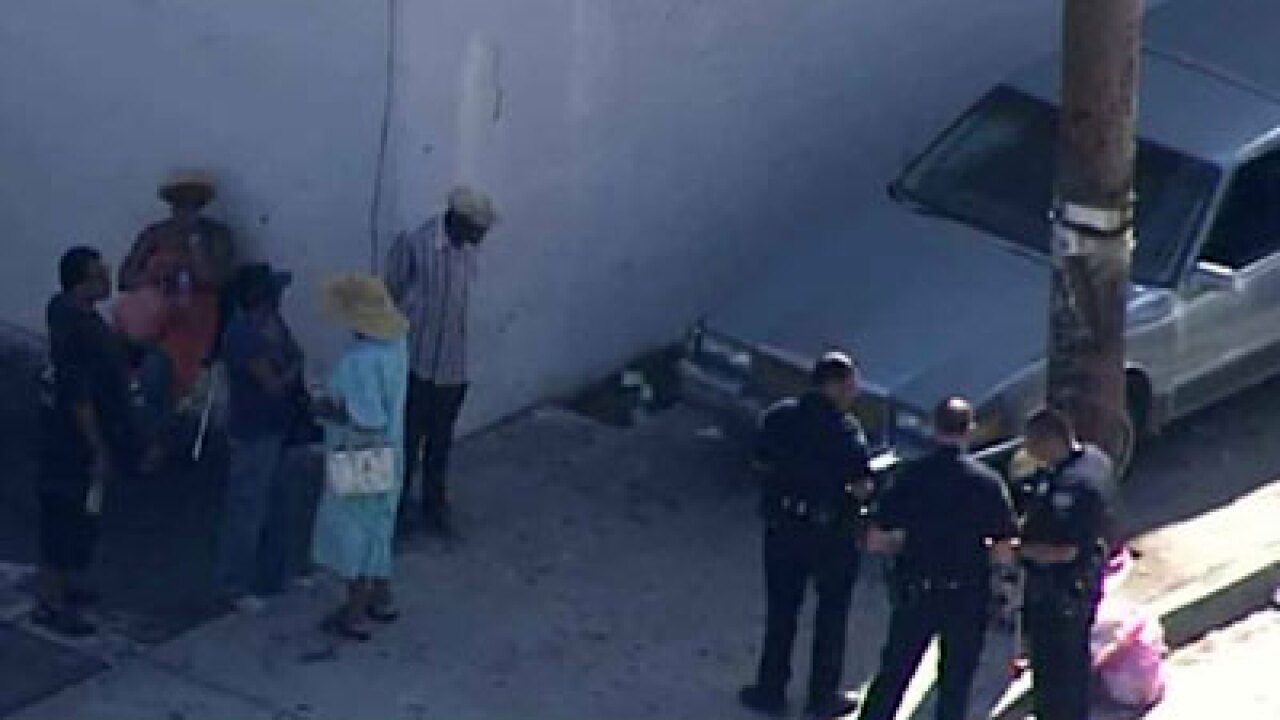 (CNN) — A 100-year-old man is apologetic after barreling into a crowd of mostly school kids in Los Angeles, and sending 11 people to the hospital.

Nine children and two adults were taken to hospitals, according to Erik Scott, a spokesman for the Los Angeles Fire Department.

None of the victims suffered life-threatening injuries, and most had bumps and bruises.

The incident occurred Wednesday afternoon when Carter was backing up from a grocery store near an elementary school in southern Los Angeles.

His Cadillac jumped the curb and plowed into the crowd, according to Richard French, a spokesman for the Los Angeles Police Department.

Classes had let out at Main Street Elementary School and students were waiting to be picked up by their parents when the crash happened.

Officers are investigating the incident, but it does not appear that Carter will be charged, police told the affiliate .

Police will also try to determine whether a malfunction with Carter’s car led to the accident.

But whether the crash was caused by faulty brakes or not, the centenarian, who will turn 101 next month, will not be driving anymore, his daughter told the affiliate.