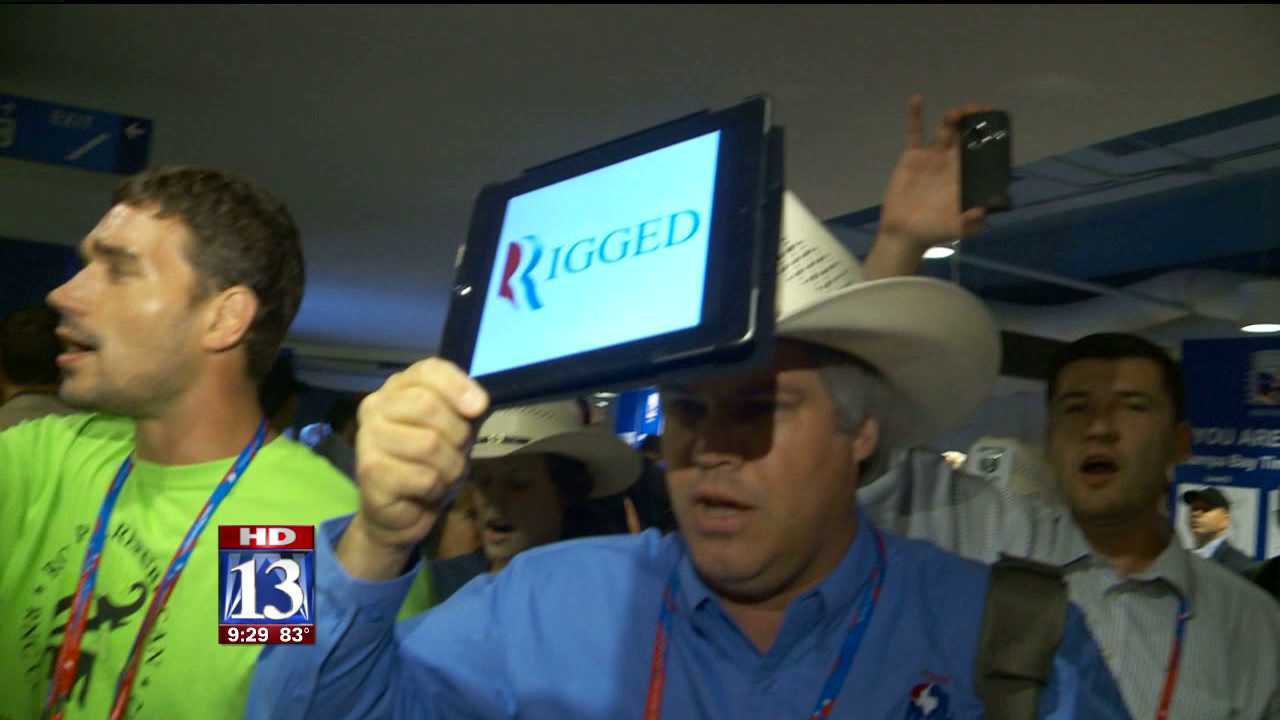 Tampa, Florida (CNN) -- A large number of Ron Paul supporters marched through the halls of the Tampa Bay Times Forum, site of the Republican convention, protesting what they feel is unfair treatment by organizers against them.

The group, estimated at several hundred, marched through the upper hallways of the site shouting "As Maine goes, so goes the nation" in protest of the Republican National Committee voting not to seat 10 delegates from Maine and replacing them with pro-Mitt Romney ones. Also 10 alternates were not seated.

The protesting contingent, which included some delegates, some alternate delegates and supporters, marched through the corridor on the level of the forum above the convention floor.

"This is in support of the injustice," Maine delegate Bernie Johnson, who backed Paul, told CNN.

Some of the participants said the demonstration was spontaneous and was not planned in advance. "It just grew," Johnson said.

The group had come to the site to watch a video tribute to Ron Paul and to hear the speech from his son, Rand. After both were done is when they were getting ready to leave and the protest came about. Once they'd made their presence known the group dispersed.