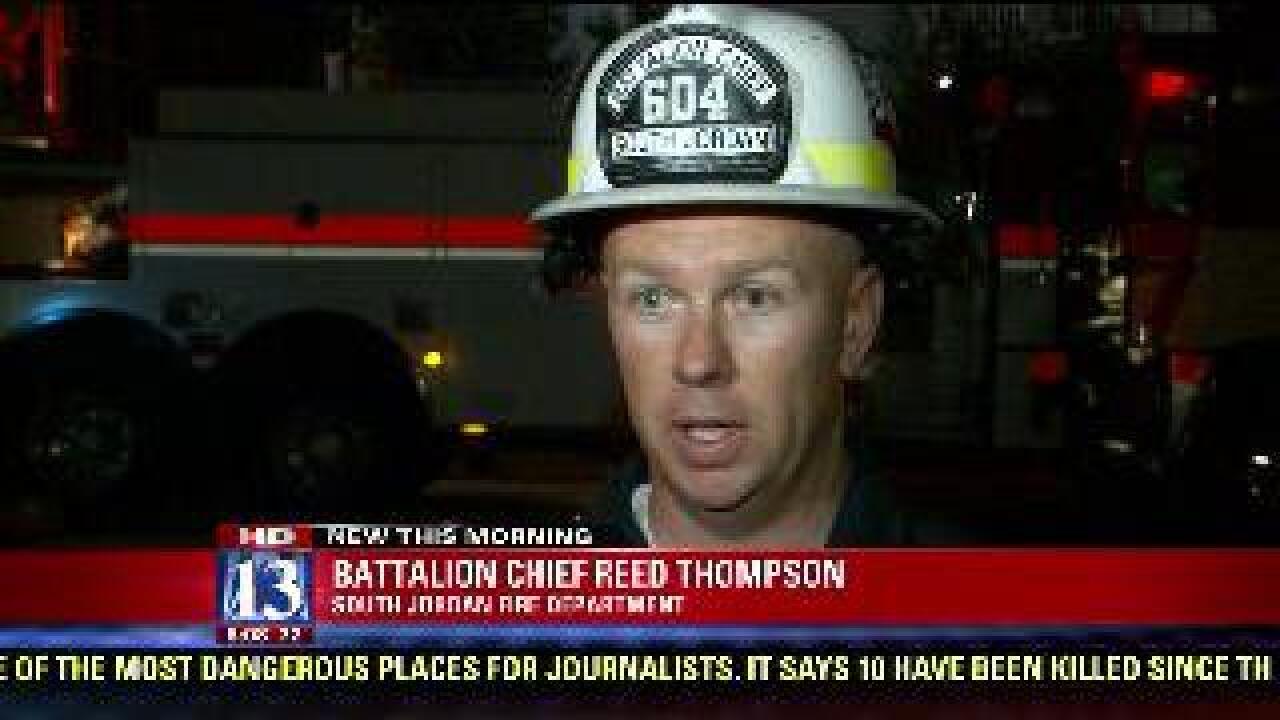 SOUTH JORDAN, Utah -- A home broke out in flames Thursday night after the homeowners were burning something in the fireplace.

When firefighters arrived, they say a lot of smoke was coming from the back of the house and flames were shooting from the roof.

Crews say the people inside the home caught the fire early and firefighters were able to get a jump on the flames.

"The occupant was burning some items in the fireplace and it breached the fire wall and traveled into the attic space," said Battalion Chief Fred Thompson, South Jordan Fire Department.

Everyone inside the home was able to get out safely.

Rescuers said the fire was contained to the second floor and attic space.