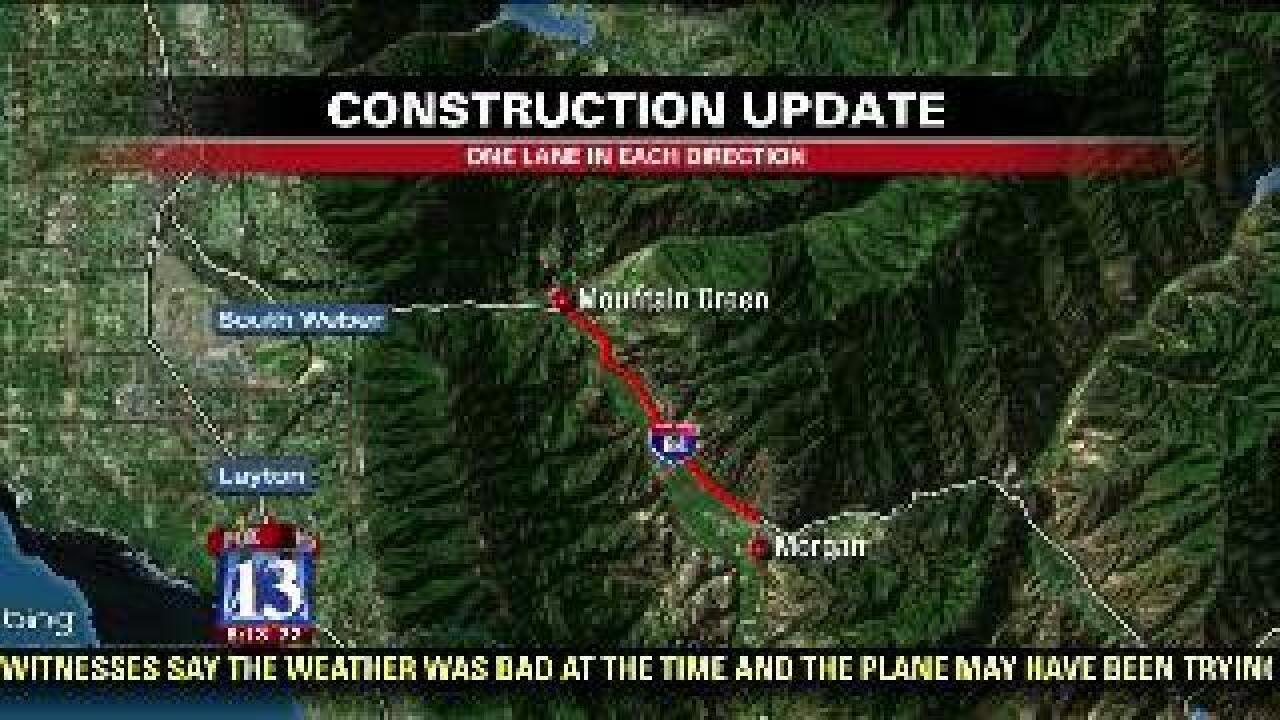 SALT LAKE CITY - UDOT will be halting construction work over the long Labor Day weekend, but there will still be closures and restrictions in place.

The I-15 Orem Center Street interchange is now open as a single-point urban interchange (similar to the interchanges at University Parkway and 800 North). The on- and off-ramps of I-15 were reconstructed and Center Street was repaved under I-15.

The 1600 North interchange is scheduled to close on Tuesday for up to two weeks for paving. All on- and off-ramps will be closed, as well as 1600 North under I-15 and Lindon Park Drive. Drivers are encouraged to use Orem 800 North or Pleasant Grove Blvd. as alternate routes.

A widening project is starting on University Parkway in Orem between State Street and 800 East. Two lanes will remain open in each direction, but there will be delays.

I-80 in Summit County is restricted to one lane in each direction between Wanship and Coalville through September.

I-70 in Clear Creek Canyon between Millard and Sevier Counties is reduced from two lanes to one lane in each direction for paving.

I-84 is restricted to one lane in each direction between Morgan and Mountain Green as crews reconstruct the roadway.

All construction work depends on weather and other conditions. For the latest on UDOT closures and restrictions, visit www.udot.utah.gov, follow @UtahDOTon twitter, utahdot on Facebook or download one of the free UDOT apps for iPhone and Android.