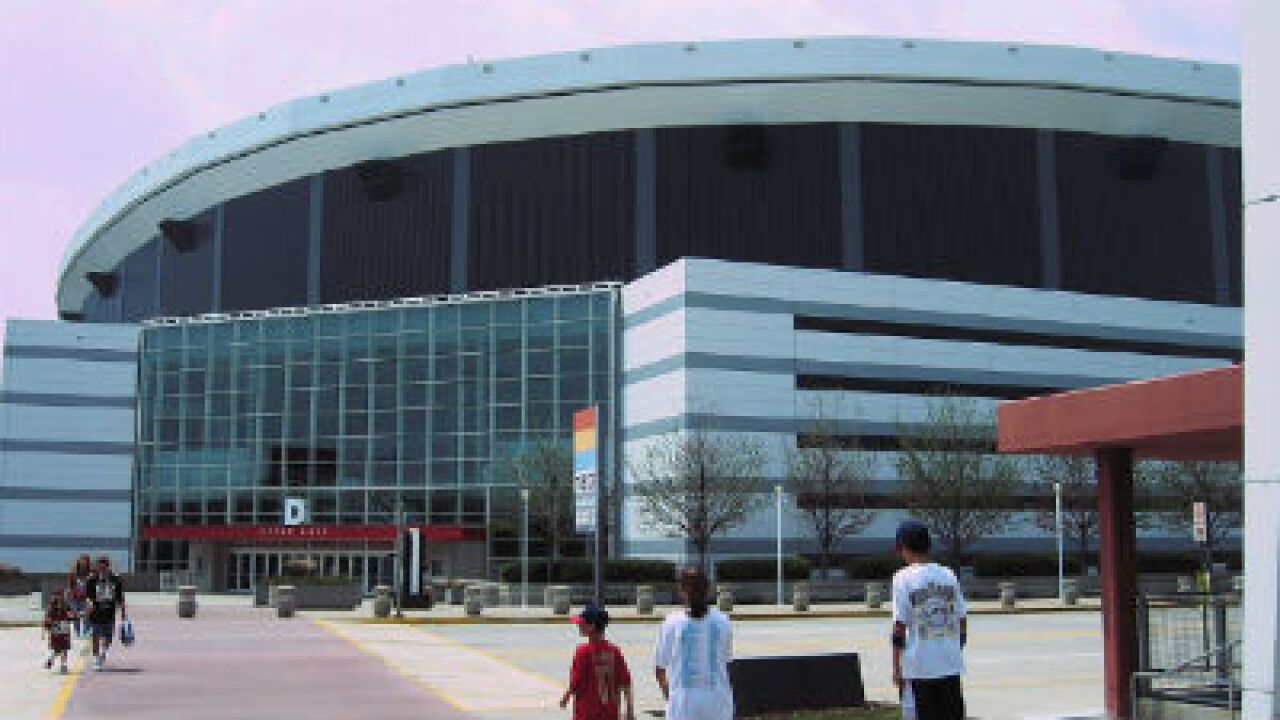 ATLANTA (CNN) — A Tennessee fan died Friday night after falling about 45 feet during a college football game at the Georgia Dome in Atlanta, authorities said.

The incident occurred during the North Carolina State and Tennessee game, billed as the Chick-fil-A Kickoff Game.

Isaac Grubb, 20, of Lenoir City, Tennessee, fell from an upper level of the stadium, according to the Fulton County Medical Examiner’s Office.

An autopsy is planned, said investigator Leon Harrison of the medical examiner’s office.

Grubb landed on another spectator — 34-year-old man from Fort Mill, South Carolina — on the mezzanine level. That man, whose name was not released, suffered minor injuries, and was treated and released from Atlanta Medical Center, said spokeswoman Jennifer LeMaster of the Georgia World Congress Center Authority.

“It looked like [he] was doing a fist pump, and then he was gone over the top,” William Coates said. “He was just laying there between rows. He wasn’t moving. His chest was moving a little.”