Louisiana authorities: Lock near New Orleans in danger of failing 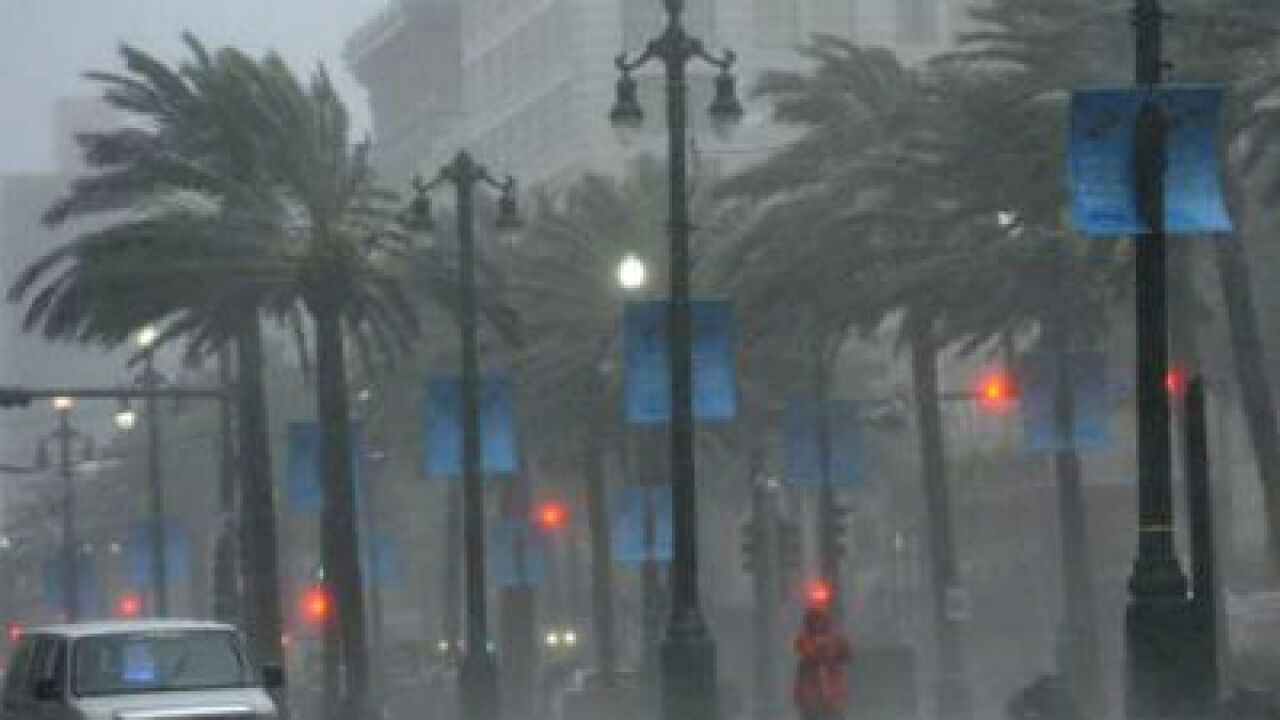 (CNN) — Louisiana authorities on Saturday urged “anyone living in the mandatory evacuation area to leave immediately,” according to a tweet from the governor’s office of Homeland Security and Emergency Preparedness.

“Pearl River Lock No. 2 is in danger of failing,” the tweet said.

Authorities called for immediate and mandatory evacuation of those in areas between Locks 1 and 2 on the Pearl River Diversion Canal East of Highway 41, sending buses to pick up residents.

The eastern Louisiana town of Bush is considered the closest town to be impacted.

Evacuees are encouraged to call 211 to get in contact with their local Red Cross shelter, according to deBlieux.

The order is being issued because the Pearl River is expected to crest early Monday morning at 18.5 feet and could rise even higher, the parish said on its website.

Meanwhile, what was left of Hurricane Issac — which caused water levels to rise up to two feet in parts of southeastern Louisiana — churned north on Saturday, scattering rain on parts of the Midwest where farmers and ranchers have been facing a drought so severe that it prompted emergency disaster assistance last month.

The storm system has moved into western Missouri and Ilinois, bringing much need rain to isolated areas, forecasters said.

Tornado warnings are in effect through Saturday evening for much of Illinois and parts of Missouri and Kentucky, while flood warnings remained in areas of Arkansas, Mississippi and Louisiana.

Earlier Saturday, the U.S. Coast Guard said it has fully reopened the Lower Mississippi River — an area that stretches from Baton Rouge to the Gulf of Mexico.

The channel was opened at 10 p.m. Friday, after it had been partially opened for large vessels the evening before, the Coast Guard reported.

“The Mississippi River system is a vital part of the U.S. economy, so we are very pleased we can open the river to those who depend on it,” said Capt. Peter Gautier.

Coast Guard teams are continuing to monitor the area and respond to a “number of ship groundings and barge strandings along the riverbank caused by the river surge and high winds of the storm.”

The storm also brought heavy flooding and prompted power outages across the region.

Mississippi’s Homochitto National Forest reported closures in several areas as a result of flooding brought on by the storm.

“Safety remains and is always a high priority for us,” said Bruce Prud’homme, Homochitto District Ranger. “Closing these areas is necessary for public safety.”

On Friday, the White House announced that President Barack Obama had canceled a trip to Cleveland would instead head Monday to Louisiana.

Obama will meet officials dealing with Isaac’s impact and “making sure that unmet needs are being met and that the federal response led by FEMA is helping citizens in the affected areas and the state and local officials who are responding to the storm,” White House press secretary Jay Carney said.

His November rival, Mitt Romney, got a close-up view Friday of the devastation when he traveled to Louisiana’s Jefferson Parish, where flooding and downed trees were strewn about the area.

The GOP presidential nominee joined Gov. Bobby Jindal and Sen. David Vitter, both fellow Republicans, during the trip and said it was intended “to learn and obviously to draw some attention to what’s going (on) here… so that people around the country know that people down here need help.”

Isaac made landfall on the seventh anniversary of Hurricane Katrina, which overwhelmed levees and contributed to nearly 1,800 deaths.

After slamming into the United States as a Category 1 hurricane on Tuesday, Isaac weakened considerably but still dumped ample rain as it headed north through Arkansas and toward Missouri.

Already, Isaac caused at least 19 deaths in Haiti while churning north from the Caribbean and into the Gulf of Mexico and then at least another four in Louisiana and Mississippi.