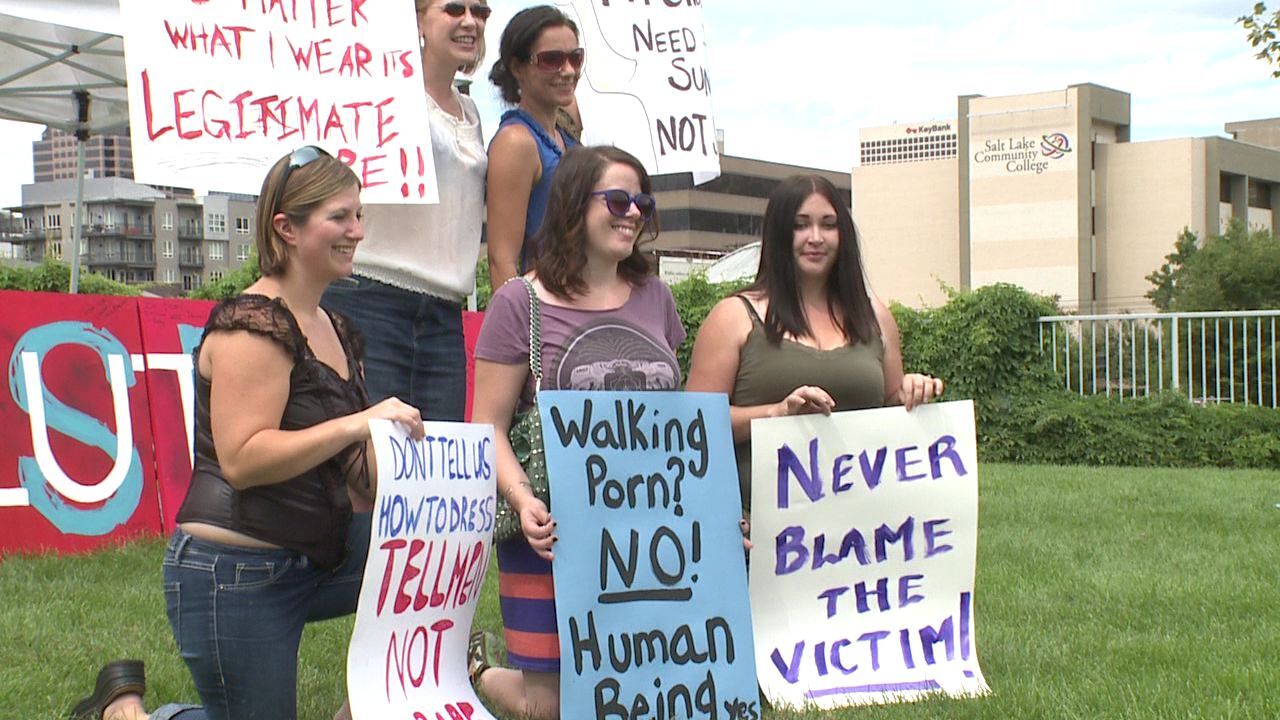 SALT LAKE CITY - Some Utahns used a word typically used in a derogative way to raise awareness about sexual violence.

The SlutWalk first started in Toronto in early 2011 after a member of the Toronto Police told students that “women should avoid dressing like sluts in order not to be victimized," after a series of sexual assaults at York University.

This year, local citizens marched along State Street to raise awareness and break the myth that modesty is good prevention against sexual violence. They want to stop language that shifts the blame to victims of sexual violence rather than the perpetrators.

"This year we are working on breaking the myth that modesty is good prevention. Modesty is not good prevention because saying it is takes us away from the real issue," said Tiffany Thorne, director of SlutWalk SLC.

They stopped at Capitol Hill to shares personal stories about being victims of sexual violence and how to stop the trend.

"I've been raped and I know what it's like to feel completely violated," said Mariah Art. "When I'm walking down the street if I'm dressed like this, nobody has a right to heckle me, pull over to the side of the road and solicit me for sex."

Both women and men were among the advocates.

The SlutWalk has become an international movement with more than 300 marches and rallies held around the world. Organizers hope the event grows locally and are planning to walk against sexual violence again next year.