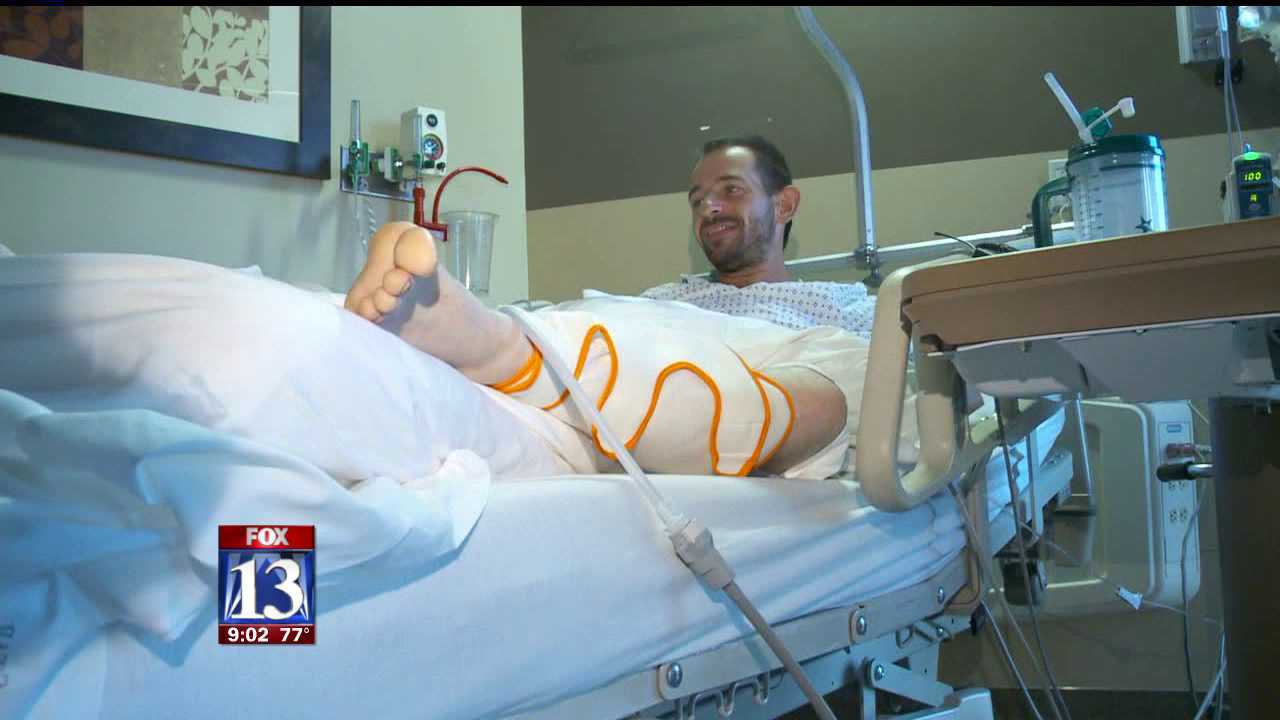 SALT LAKE CITY - A Utah man is recovering in the hospital after spending four days stuck in a drainage pipe near Foothill Drive in Salt Lake City.

Daniel Samuelsen says he'd crossed the drainage pipe before and had used a rope to help him, but on Wednesday morning when he tried to cross, there was no rope.

He slipped on a steep incline, slid down the pipe and broke his leg in two places. Going in and out of consciousness without food, water or any means of contacting anyone, Samuelsen spent four days inside that tunnel.

He thought he might die in that tunnel and felt he only had another day left to survive and Samuelson said he had to find a way out of that tunnel.

"Whether I have two broken legs or not, doesn't matter. I'm not going to die in here," he said.

Samuelsen found a board to use as a splint for his broken leg and was able to climb out of the tunnel on Saturday morning. He spent several hours on the side of the road hoping someone would stop and help, finally flagging down an off-duty EMT who took him to the hospital.

Samuelsen is now recovering in the hospital with a leg broken in two places. Doctors fear that if his leg becomes too infected, it may have to be amputated.

The pipe is a popular way for graffiti artists and for hikers to cross the roadway, and Samuelsen hopes his accident will be a warning against using the dangerous shortcut.