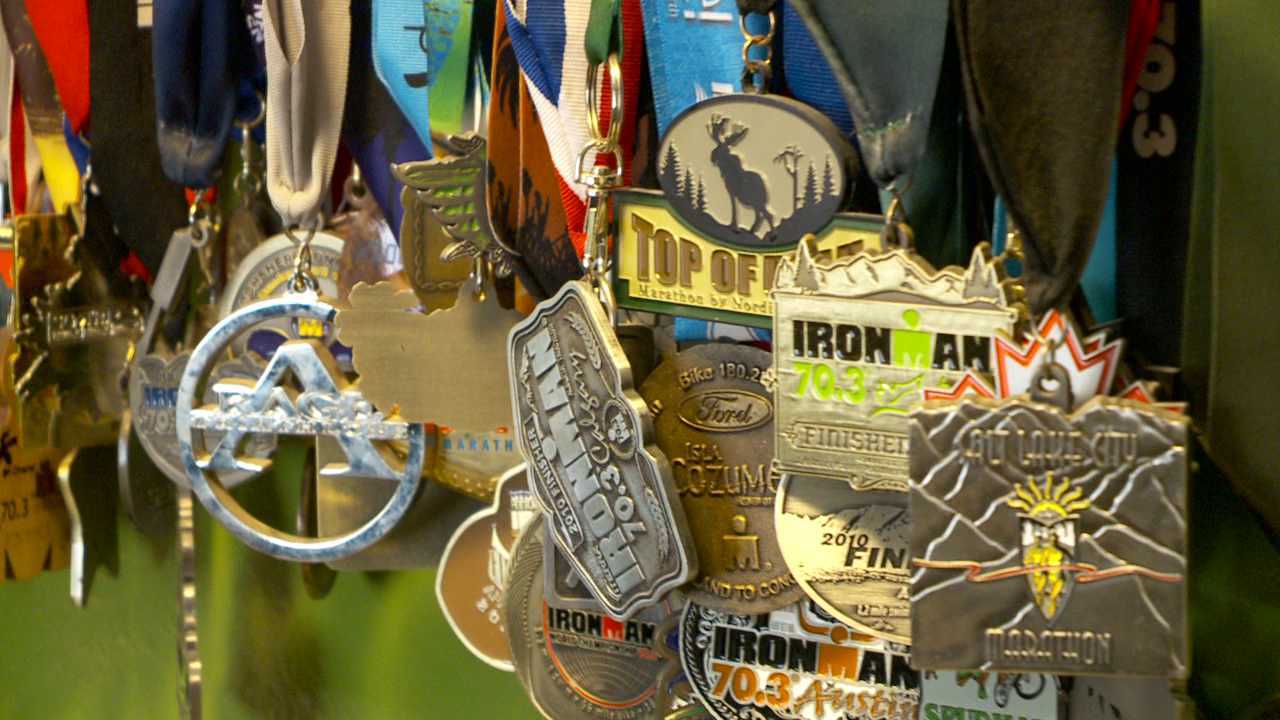 James Lawrence broke the world record for the most Half Ironman competitions in a single year, but he wasn't always an Ironman.

"My wife wanted to do a local 4 mile fun run and it was a little bit of a disaster, you'd say," said Lawrence. "Women were passing me in strollers and I felt like garbage for the rest of the day and my wife proceeded to tell me I was pathetic and signed me up for a marathon."

Lawrence started practicing and participated in Half Ironman competitions, but he didn't stop there.

Lawrence says the competitions have been more about exercise, though.

"This is what I want to do for the rest of my life. I want to enjoy the sport, I want to help promote a healthy lifestyle. I want to impact and influence others around me and hopefully people that I don't even know right now," he said.

James got the rest of his family involved in the Ironman competitions, even doing IronKids, which are made of 100 meters of swimming, 3 miles of biking and 1 mile of running.

"This entire journey has been together, it's never been James' project, it's been our project," said Sunny Lawrence, James' wife.

Lawrence's last Ironman was on Saturday in Ottowa, Canada. It was the twenty-first of 30 Ironmans he plans to race.