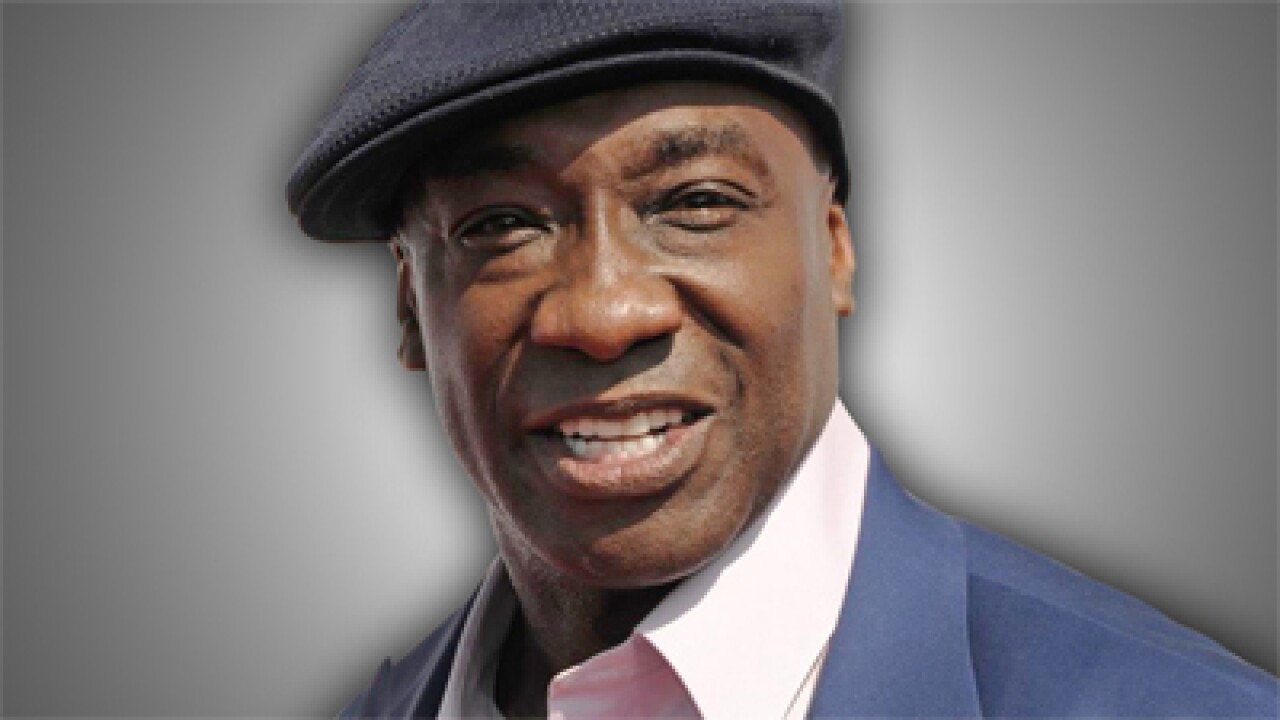 (CNN) — Michael Clarke Duncan, nominated for an Academy Award for his role in the 1999 film “The Green Mile,” has died at age 54, according to a representative for his family.

Clarke died at a Los Angeles hospital where he had been since having the heart attack more than seven weeks ago.

According to TMZ, it was Duncan’s girlfriend Omarosa Manigault-Stallworth, a reality star and former contestant on “The Apprentice,” who had acted quickly and provided lifesaving efforts when he had the heart attack.

Most recently he was on the TV series, “The Finder,” on the Fox network.

His co-star Mercedes Masohn tweeted: “Today is a sad day. Michael Clark Duncan passed away this morning. Known for his moving performance in The Green Mile. RIP MCD. You’ll b missed.”

According to Entertainment Weekly, the TV series was canceled in May.

A towering and hulking figure, the 6-foot-5-inch Duncan also was known for his deep voice.

A Chicago native, Duncan went to college at Alcorn State University in Mississippi with plans to major in communications, but he dropped out and moved home.

In his 20s, he worked digging ditches for Peoples Gas during the day and as a bouncer at night. He told CNN in 1999 that his coworkers at the gas company called him “Hollywood” because he’d often talk about becoming a movie star.

“I’d be digging a ditch and they’d say, ‘Hey, man, Bruce Willis wants to talk to you about a movie.’ And they’d just crack up laughing,” he said while doing press for ‘The Green Mile.’

“Those coworkers had no way of knowing how that joke would turn on them.”

In 1990, he decided to measure up his nickname and he moved to Los Angeles. He worked as a bodyguard then got a part in a commercial as a drill sergeant.

More roles followed — often ones that depended more on his 315-pound frame than his acting ability. He was a guard in “Back in Business,” a bouncer in “A Night at the Roxbury,” a bouncer for 2 Live Crew in “The Players Club,” and a bouncer at a bar in the Warren Beatty film “Bulworth.”

In 1998, he landed his first significant movie part, playing Bear in the film “Armageddon,” where a crew of drillers from an oil rig save the Earth from an asteroid.

“Armageddon” was the beginning of his friendship with Bruce Willis. They appeared in four films together. And it was Willis who called ‘The Green Mile’ director Frank Darabont to put in a good word for Duncan.

In the Oscar-nominated film, Duncan played John Coffey, the huge black man wrongly convicted in a Louisiana town for the rapes and murders of two white girls. Coffey has supernatural powers, though; his hands can heal, even bring back the dead.

A microcosm of faith, Coffey is a messenger of hope and lost hope who develops a relationship with Tom Hanks’ character, a guard named Paul Edgecomb.

Film critic Roger Ebert wrote that Duncan’s performance “is both acting and being.”

Duncan was nominated for an Academy Award nomination for best supporting actor, which was won by Michael Caine for “The Cider House Rules.”