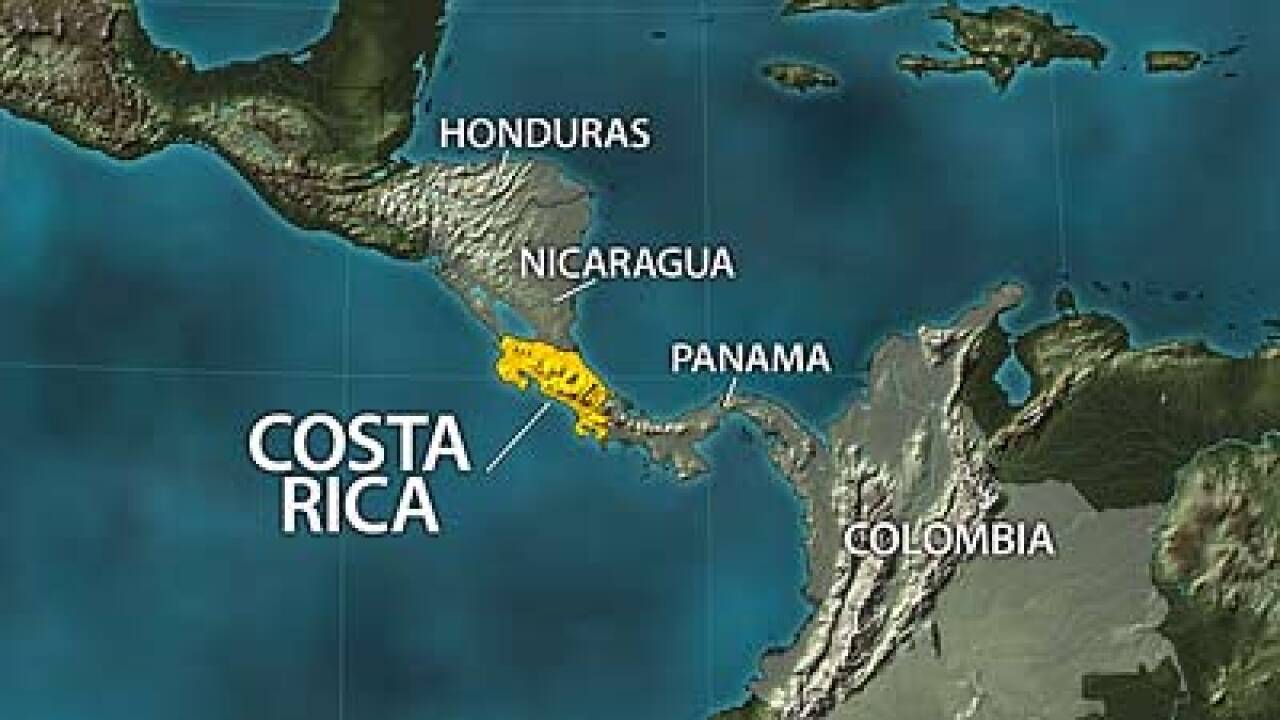 (CNN) — An earthquake with a magnitude of 7.6 struck the northwest coast of Costa Rica Wednesday, resulting in the death of at least one person, the U.S. Geological Survey said.

The quake struck Costa Rica’s Nicoya Peninsula, on the Pacific coast about 87 miles west of the capital, San Jose. It was centered more than 28 miles deep. The Geological Survey originally measured the quake at magnitude 7.9, but later revised it downward.

A woman in the northwestern town of Filadelfia died from a heart attack believed to be a result of the shock of the quake, Jesus Escalona of the Costa Rican Red Cross said. The woman was in her 50s.

The earthquake did not generate any aftershocks, said Julie Dutton of the USGS. She said the agency has received reports of some damage.

The epicenter was just six miles away from the city of Hojancha.

“It started out pretty mild, but then it really got going,” said Bill Root, owner of a hotel in Samara, also near the epicenter. “It was a very strong earthquake. Everything was falling off the shelves and the ground was rolling.”

Hours after the quake, authorities canceled all tsunami warnings and watches.

CNN affiliate Teletica showed people streaming out of buildings when the earthquake hit.

Telephone service was knocked out in cities near the epicenter, Teletica reported. The station showed photos submitted by viewers of a partially collapsed bridge over the Rio Sucio and a landslide on a highway. Other photos showed floors littered with merchandise inside of stores and homes with minor damages.

“It’s unnerving when solid concrete beneath you is shaking from side to side. It was pretty scary,” said David Boddinger, editor of the English-language Tico Times in San Jose.

There is some damage, including debris that has fallen on the roads, and damage to the roads themselves at a spot on the Nicoya Peninsula about 14 kilometers (8 miles) from the epicenter, Boddinger said.

Seismologists have been predicting a strong quake in that area for years now, and Costa Ricans were wondering if this was the big one, he said.