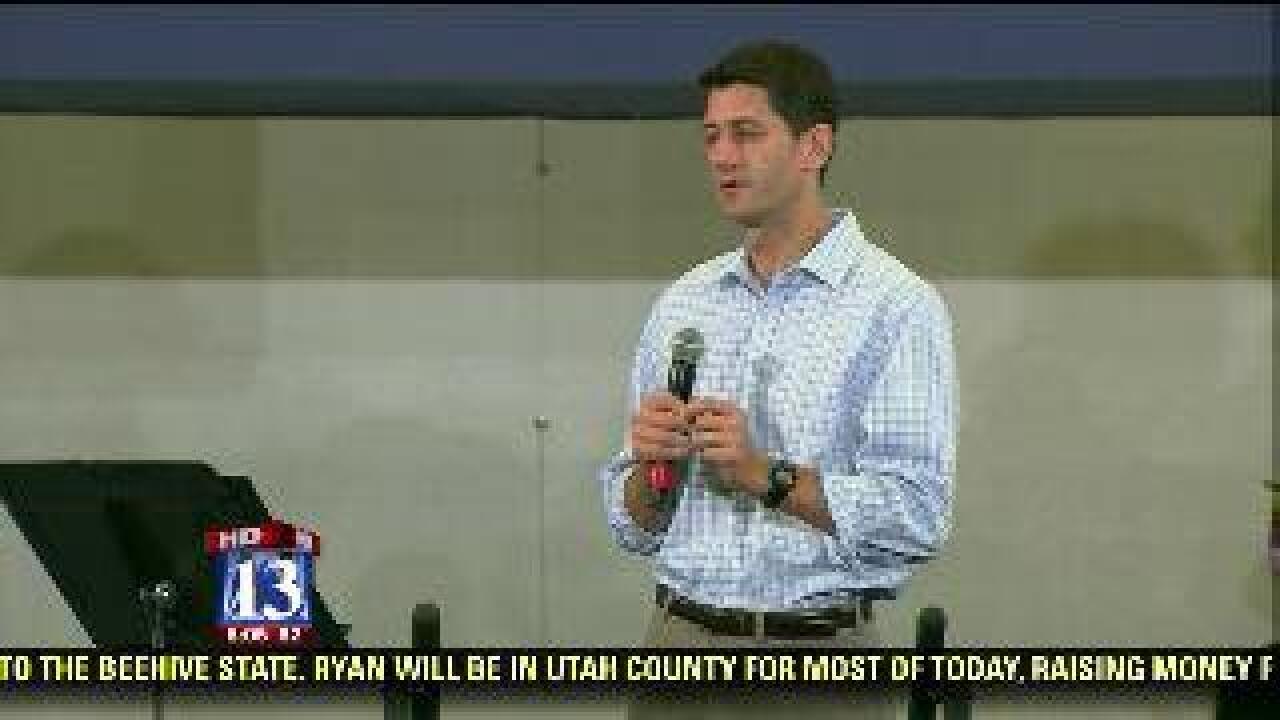 Vice presidential candidate Paul Ryan made a stop in Utah on Wednesday.

The Wisconsin Congressman will spend most of the day in Utah County raising money for the Romney campaign at several high-dollar events for Republican donors.

An evening reception and dinner costs $1,000 to get in the door. Donors who want to get up close and personal with the candidate can expect to shell out $25,000 or more. Students can catch a break as their entry fee is only $20.

The Republican party hopes it's not just the Romney/Ryan ticket that will benefit from the appearance by Ryan.

After the Saratoga Springs mayor's appearance at the Republican National Convention, many expect Ryan to appear with her again.

Ryan have been in a different state every day this week and so far his focus has been on President Obama and his alleged shortcomings.

Ryan is expected to leave town later Wednesday after the event. He is scheduled for an early appearance Thursday in Colorado Springs, Colo.