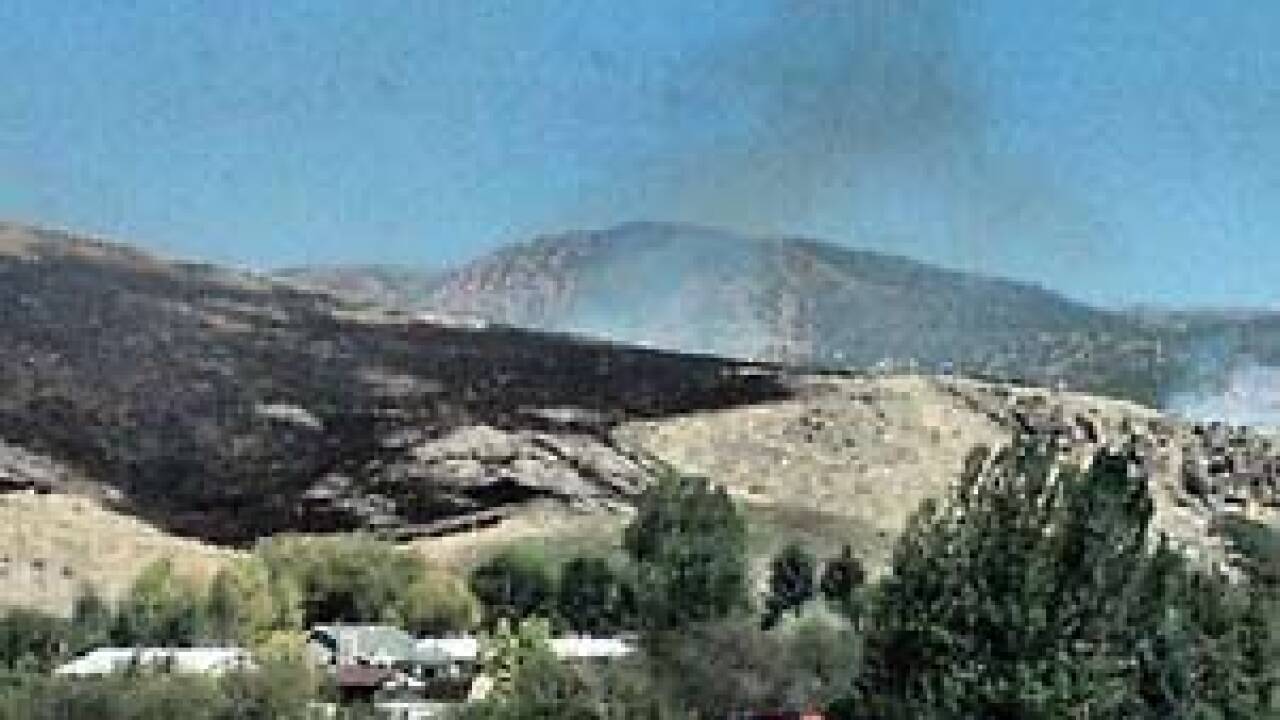 UPDATE 9:11 p.m.: FOX 13's Ben Winslow is reporting conditions overall are improving so much, statewide fire restrictions may be lifted as early as this weekend.

UPDATE 8:08 p.m.: Firefighters tell FOX 13 the Old Lincoln 4 Fire is believed to have been human caused. It is under investigation.

They say a total of 15 homes were evacuated after high winds made for fast-moving flames that quickly neared residences given the dry conditions.

"It was a red-flag warning today. We did get some moisture, but in fuel type like this where it's grass and sage brush, they dry out pretty quick especially with the wind on them and the fires can start right back up," said Utah Division of Forestry spokesman Mike Eriksson.

The cause is still under investigation but firefighters say the wildfire was human caused.

UPDATE 3:43 p.m.: The evacuation order has been lifted for Wanship homes. Firefighters are working on hot spots and the fire is 15 percent contained.

UPDATE 3:11 p.m.: The fire has been officially named the “Old Lincoln 4 Fire.” The fire will not be attacked by air because those resources are tied up elsewhere. Firefighters are using a bulldozer to cut a fire line. The fire is close to Old Lincoln Highway. (via Ben Winslow on twitter)

UPDATE 2:43 p.m.: The fire is threatening 12 - 15 structures and is 65 acres, according to firefighters. They said the blaze is about 15 percent contained.

PREVIOUS: A large fire is burning near Wanship is causing evacuations. The fire has burned approximately 50 acres of mountain grass.

An automated phone call has been sent to local residents, according to tweets from Sheriff Dave Edmunds, Summit County Sheriff's Office.

The evacuations are taking place on the 1600 block of West Hoytsville Road to the north and 10 homes are threatened, according to the Summit County Sheriff's Office.

Continue to watch FOX 13 News and fox13now.com for more details as they become available.