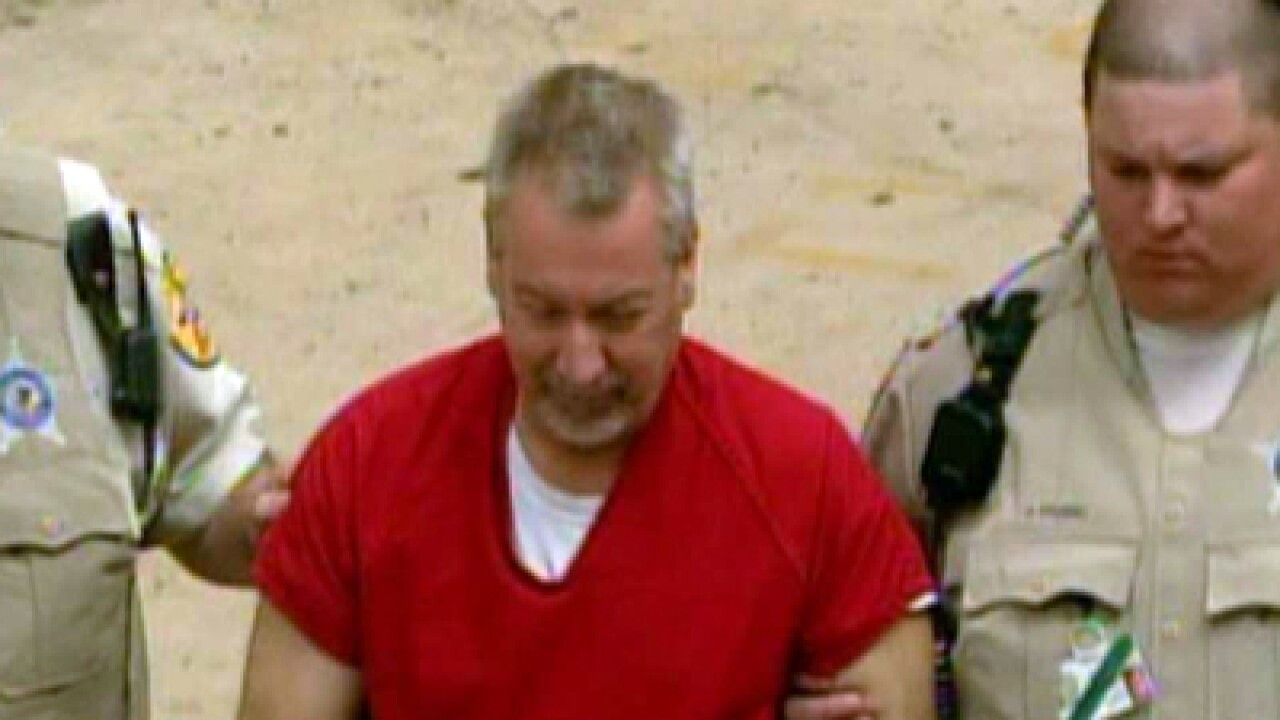 (CNN) — An Illinois jury on Thursday found former Chicago-area police sergeant Drew Peterson guilty of murder in the 2004 death of his ex-wife.

The jury of seven men and five women deliberated for nearly 14 hours total before delivering its verdict convicting Peterson in the death of his third wife, Kathleen Savio.

While prosecutors claimed Peterson killed Savio, the defense contended that she fell, hit her head and drowned.

The headline-grabbing case did not arise until after Peterson’s fourth wife, Stacy, disappeared in October 2007. It was during the search for Stacy Peterson — who has not been found — that investigators said they would look again at Savio’s death, which was initially ruled an accidental drowning.

In February 2008, authorities altered their judgment and ruled Savio’s death a homicide. Peterson was later arrested and charged with first-degree murder.

Peterson was married to Savio in 2001 when he had an affair with then-17-year-old Stacy Cales, who later became his fourth wife. Savio and Peterson filed for divorce in October 2001 and their relationship remained contentious for the next several years.

Bolingbrook, Illinois, police records indicate officers were called to Savio’s home 18 times to intervene in domestic fights from 2002 to 2004. Peterson had Savio arrested twice for domestic violence, though she was found not guilty in both cases.

On February 27, 2004, Peterson picked up his two sons from Savio’s home and spent the next two days with them. Prosecutors said he entered her home again early on February 29 and killed her.

At the time of her death, a court was mulling how the couple’s marital assets would be divided, and Savio was set to receive part of Peterson’s pension and other support.

Nick Savio, the victim’s brother, called Thursday’s verdict “bittersweet” — describing the jury’s decision as “fantastic” while also lamenting it wouldn’t bring back his sister. He added his family wants Drew Peterson to next be held responsible for whatever happened to Stacy Peterson.

“Although we cannot have Kathleen back, we hope she can now rest in peace and that she knows she has had her day,” Nick Savio said, reading out a statement from family. “She will be missed and remembered in our hearts always.

“Stacy, you are now next for justice.”