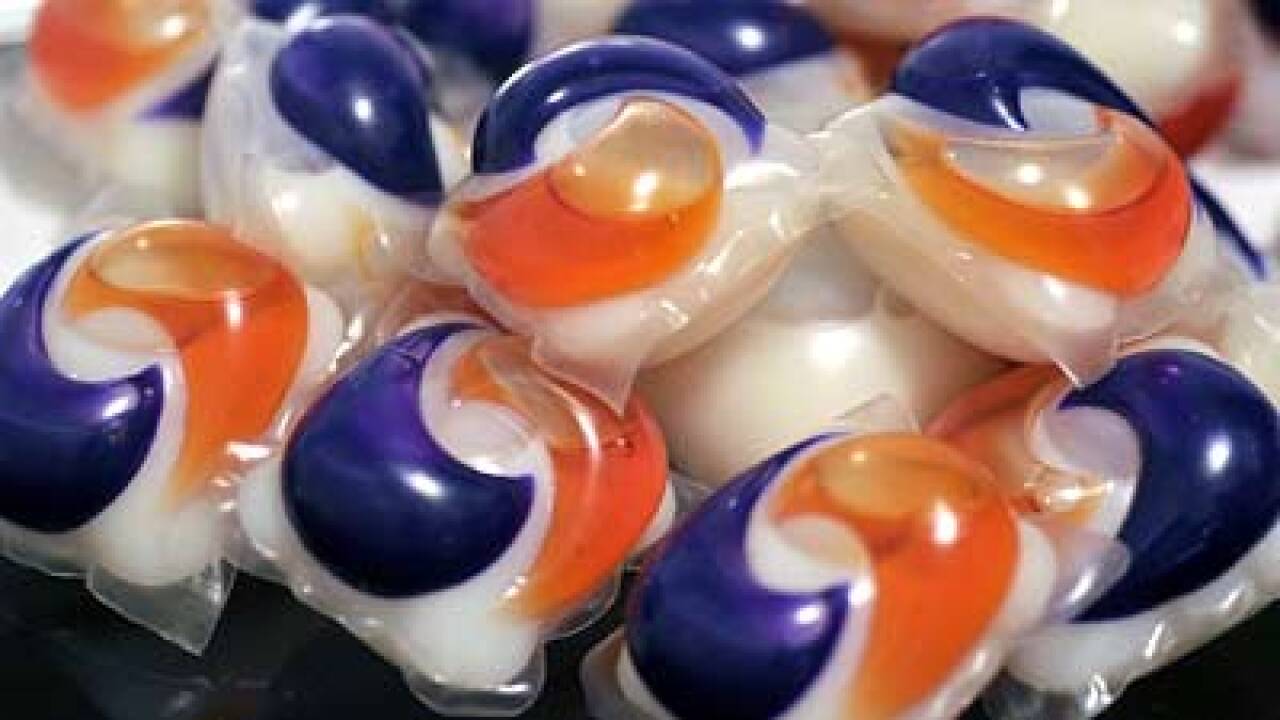 WASHINGTON (CNN) — They are the size of marshmallows and the colors of peppermint twists.

And because some small children think they might be treats, laundry detergent gel packs — which recently hit the market — are proving to be a potential home hazard.

Authorities in the United States and in the United Kingdom say there has been an uptick in phone calls and hospitalizations resulting from children who have swallowed or otherwise been exposed to the gel packs of highly concentrated laundry detergent, perhaps believing them to be candy.

U.S. poison hotlines have received 2,950 calls concerning exposures to children 5 and under so far this year, with 734 calls in August alone. Not all exposures are poisonings or overdoses. No deaths have been reported.

“Because they are colorful and squishy, they are attractive to children,” warns the American Association of Poison Control Centers. “They can look like candy or something fun to play with.”

But the capsules contain strong alkaline cleaning agents that can destroy tissue and cause intense inflammation and swelling, according to the authors of an article in the British Medical Journal.

Some children who swallowed the packets have become very ill and required hospitalization, the poison controls group said. Some children have experienced excessive vomiting, wheezing and gasping.

New York City’s poison hotline received its first call about the gel packs in April, and has received about 40 more since then, most from hospitals, said Health Department spokeswoman Chanel Caraway.

“It is something new that we’re seeing,” Caraway said. “These are basically brand new to the market and once they started hitting the market is when we started seeing (reports of exposures).”

In May, the U.S. poison centers highlighted the issue, urging parents to store concentrated detergents out of reach of young children.

And the American Cleaning Institute (ACI), an organization representing producers and distributors in the cleaning products industry, advises consumers to store the detergents “out of reach and out of sight of children.”

On its website (www.cleaninginstitute.org), the organization has guidance on safe use and storage of “single unit dose laundry detergent packets.” Included is the phone number — 1-800-222-1222 — to call to reach a poison center in the United States.

“Detergent manufacturers are re-emphasizing the importance of keeping single unit dose laundry detergent packets out of the reach of children, in the wake of recent reports about children accidentally ingesting these products,” Brian Sansoni, ACI vice president, told CNN Wednesday.

“We are obviously very concerned whenever these situations occur.”

In the United Kingdom, the National Poisoning Information Service received 647 phone calls and almost 4,000 online searches about the eating/swallowing of the contents of liquid detergent capsules, from health care professionals in the last year, according to an article published Wednesday in the British Medical Journal.

In the UK, doctors are calling for improved safety warnings and child-proof packaging for the “liquitabs” after a cluster of five incidents in which toddlers inadvertently swallowed the capsules, the Journal reports. The cases were reported in the “Archives of Disease in Childhood.”

All five children were admitted to one hospital in Glasgow, Scotland, as emergencies with four requiring intubations for several days to treat swelling. In one child, the swelling was so severe it required surgery.

“All the children recovered, but… the incidents had ‘a catastrophic impact on the child and family,'” the Journal reported.