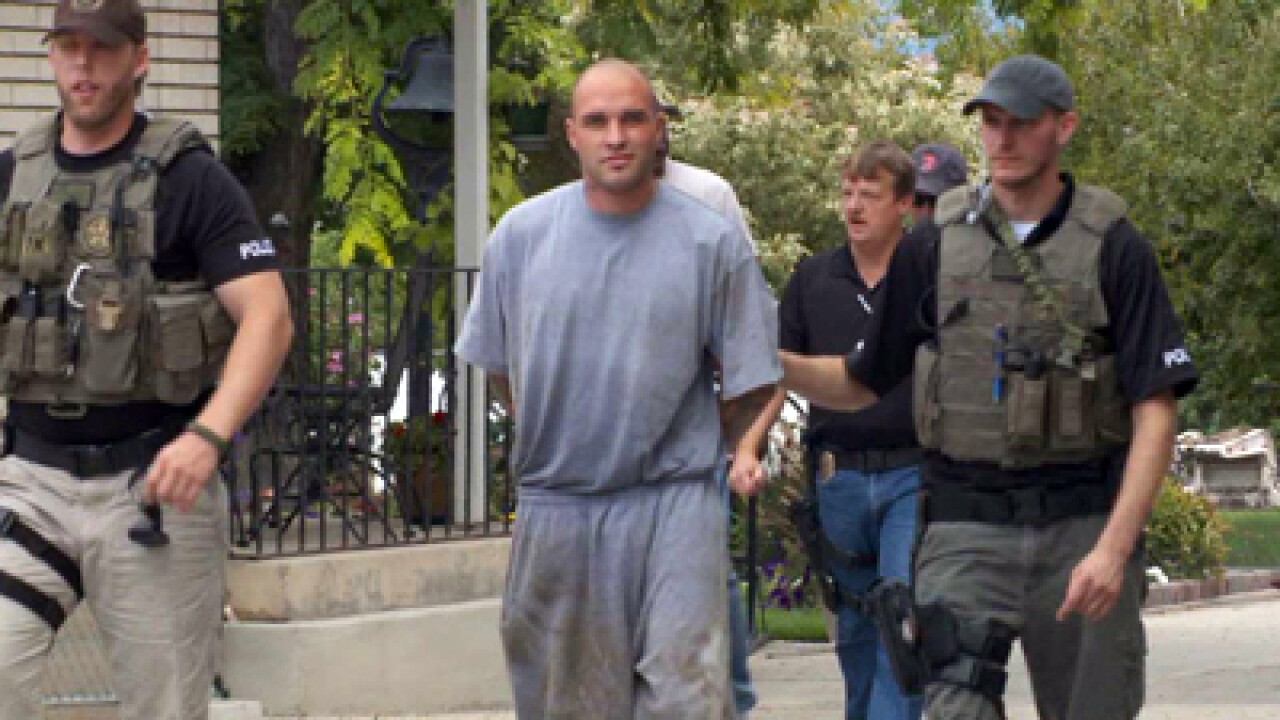 The search for the first man, 29-year-old Ronnie Wakefield, started near 1300 West and 6200 South in Taylorsville early Thursday afternoon.

Police said Wakefield tried to evade officers they tried pulling him over in his car. They say Wakefield got out of the car and started running.

Police searched residents' back yards and along a neighborhood irrigation canal. That is where a K-9 officer, a dog named 'Tank', discovered the suspect at around 3:30 p.m.

Hughes says the police dog bit Wakefield and that he will be given medical treatment before transported to jail.

Unified Police say Wakefield was wanted for credit card theft and that he also has a history of weapons violations and incidents of violence toward law enforcement, prompting a large turnout of officers.

"Ronnie's a pretty dangerous person. He fights with law enforcement; he posed a threat to the public," said Unified Police officer Levi Hughes.

Further investigation by JCAT and US Marshals found two more men, 30-year-old Michael Velarde, who had allegedly been on the run for felony possession of a firearm, and 31-year-old Carey Wayne Parker, who had an outstanding warrant by the board of pardons.

"Over the past few days our JCAT team received information that we had several individuals that had outstanding warrants, were involved in some criminal activity and that they would be armed with firearms," said Jim Phelps, US Marshals.

Police say Velarde and Parker were found near 5985 South and 4100 West in Kearns at around 10 p.m. When making their arrest, police say they found a loaded firearm.

All three are now behind bars and facing criminal charges.