Family returns to US 11 years after loophole forces deportation 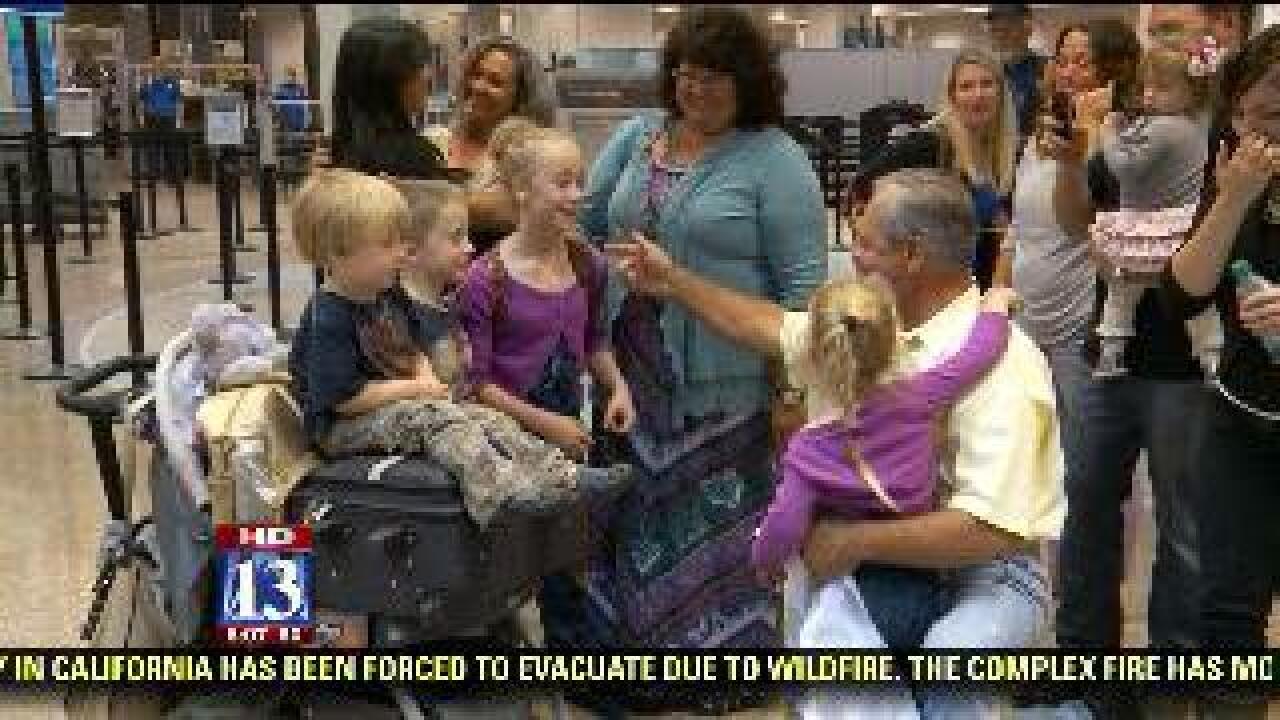 SALT LAKE CITY - After an immigration loophole forced a family to deport 11 years ago, they were finally able to re-enter the United States legally and returned to Utah on Thursday.

When she was 18 years old, Anya Patti defected to Canada from the Soviet Union. She met a man, moved to the United States and got engaged. When the couple broke up, Anya filed for asylum.

In the decade that followed, Anya went to Ricks College, converted to Mormonism and served a mission for the LDS church. She met Troy Patti in Provo and the two got married, but even after their marriage and starting a family, Anya's request for asylum was denied due to an immigration loophole and the family was forced to leave the United States.

They've been living outside London, England, while waiting to be allowed back in the United States. Anya was finally given a visa and her family returned to Utah Thursday night. The couple and their kids say they're excited to start a new life in Utah.

Anya and her husband say faith and family helped get them through the tough times.

"I feel like you know everything happens for a reason and we could pick a thousand different reasons why this happened; all the good things that happened and all the good friends we met, the great experiences we had and we bonded as a family," said Troy Patti, Anya's husband. "She was worth it all. She was worth the sacrifice, she was worth everything we had to go through to get back here."

Troy's extended family traveled from as far as California to greet them at the airport.