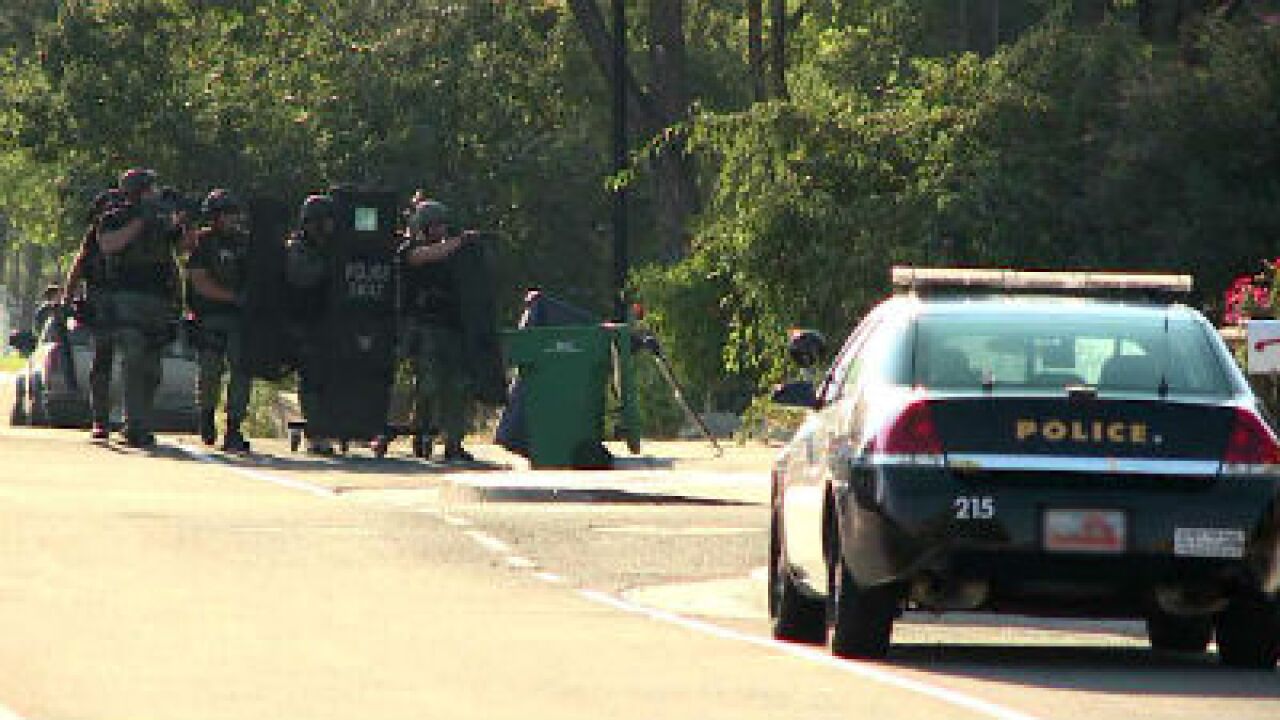 SANDY, Utah – Police are in a standoff with a man they say fired three shots before barricading himself in his home.

Sandy Police Sgt. Jon Arnold says a man who appeared to be intoxicated went out into his backyard, located near 291 East and 8680 South, at around 4 p.m. and fired three or four shots before going back into his home.

Police worked to establish contact with the suspect and he eventually came out without incident. He told them he was unaware that police were outside trying to make contact.

“We were able to make contact with the male and discuss what was going on and he did realize the situation he had caused and he turned himself in without incident and came out the front door,” said Arnold.

The suspect, identified as 38-year-old John Travis Campbell, has been charged with public intoxication, reckless endangerment, disorderly conduct and discharging a weapon in city limits.