Construction to resume on National 9/11 Museum, Bloomberg and Cuomo say

NEW YORK (CNN) — The budgetary dispute that has delayed the opening of the National September 11 Memorial Museum has been resolved, according to New York City Mayor Michael Bloomberg and New York Gov. Andrew Cuomo.

Late Monday, all parties entered into a “memorandum of understanding,” an agreement that allows them to restart construction on the stalled museum project.

“My goal during this period has been to get construction on the museum restarted,” said Bloomberg, who is chairman of the 9/11 Memorial and Museum Foundation. “This agreement ensures that it will be restarted very soon and will not stop until the museum is completed.”

The point of contention — $300 million that the Port Authority of New York and New Jersey said it was owed by the 9/11 Memorial and Museum Foundation for additional design and construction costs — is being dropped in exchange for financial oversight of the museum and memorial, according to the memorandum.

The foundation has agreed to have no less than six months of operating funds on hand at all times once the museum opens, though it’s not clear if the foundation can meet this requirement because it is hard to say exactly how much money the museum will bring in, and the memorandum does not outline specific ramifications if the foundation is unable to meet these financial obligations.

The memorandum outlines a review of the project with the goal of determining the earliest possible opening date once construction resumes, though no date is set for the museum to open. All parties, according to the memorandum, will work toward opening individual sections of the museum as construction progress allows, which may mean a phased opening. This will allow the foundation to start collecting a $20 admission fee from visitors.

Constructed underground in the former World Trade Center’s “archaeological heart,” the museum will feature 110,000 square feet of exhibition space, according to the website for The National September 11 Memorial & Museum foundation.

It will house a vast array of 9/11 artifacts, including “photographs, videotapes, voice messages, recovered property, clothing and other personal effects, workplace memorabilia, (and) incident-specific documents,” among other items, according to the site.

Located at the site of the former World Trade Center, the National September 11 Memorial has two huge, square fountains that mark the footprints of the World Trade Center towers that flow into granite reflecting pools at the center of the eight-acre, tree-lined plaza. Bronze plates surround the fountains and bear the names of the nearly 3,000 people killed in the 2001 attacks, as well as the six who were killed when a terrorist truck bomb exploded in the parking garage beneath the towers in 1993.

Sarah Lippman, a spokeswoman for the facility said the memorial, which opened September 12, 2011, has had 4.5 million visitors in its first year.

“Over the last few years, we have made extraordinary progress at Ground Zero and today’s agreement is yet another milestone in our work to finally complete the site as a place where people from around the world can come to work, visit and remember,” said Cuomo, who along with New Jersey Gov. Chris Christie oversees the Port Authority of New York and New Jersey.

“I commend Governor Christie, Mayor Bloomberg, and the leadership of the Port Authority and the September 11 Memorial & Museum for their work on today’s agreement.” 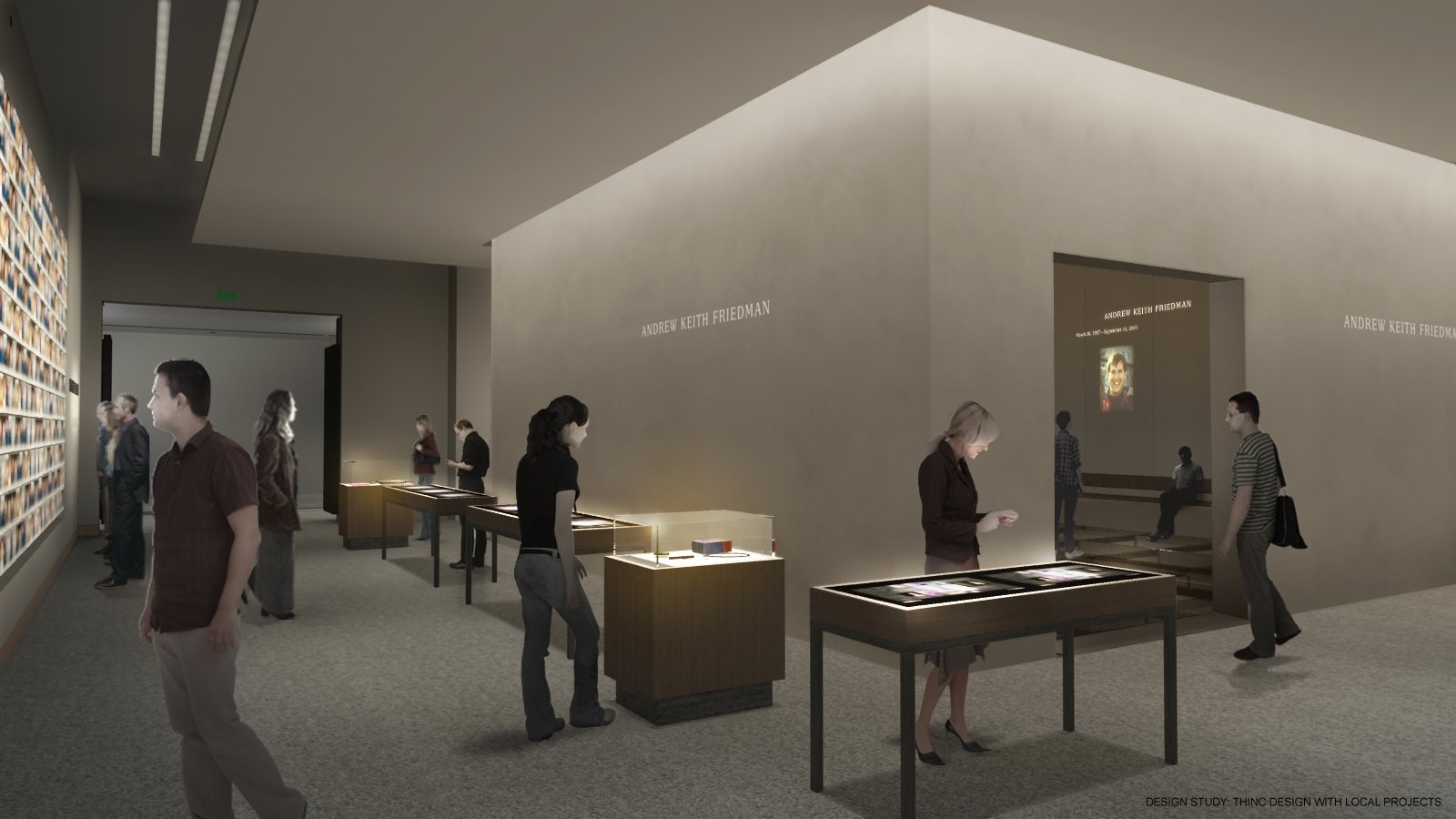