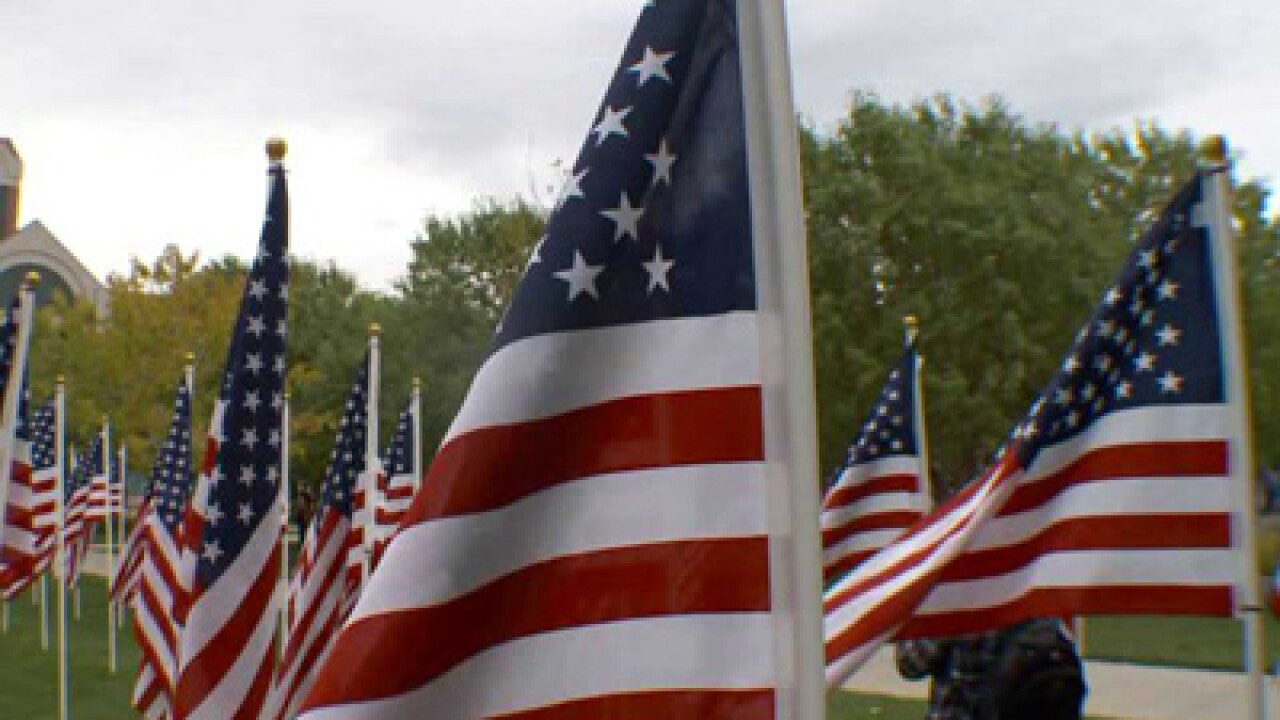 More than 3,000 American flags were on display Tuesday at the 11th Annual Healing Field flag display in Sandy.

The 3' x 5' flags were placed in the field, south of the Sandy City Hall, by volunteers. The flags represent each of the victims in the September 11 attacks, the first responders who died at ground zero and the military personnel who have died since September 11, 2001.

"Two things that you can say that makes me feel good is that 'I'm sorry for your loss' and 'Thank you for your sacrifice for our freedom as family' because we're a gold star family now and it means a lot to us for people to recognize that," said Karen Wadsworth, the mother of a soldier who died in May.

The flags are to be taken down during a ceremony Wednesday at 6 p.m.