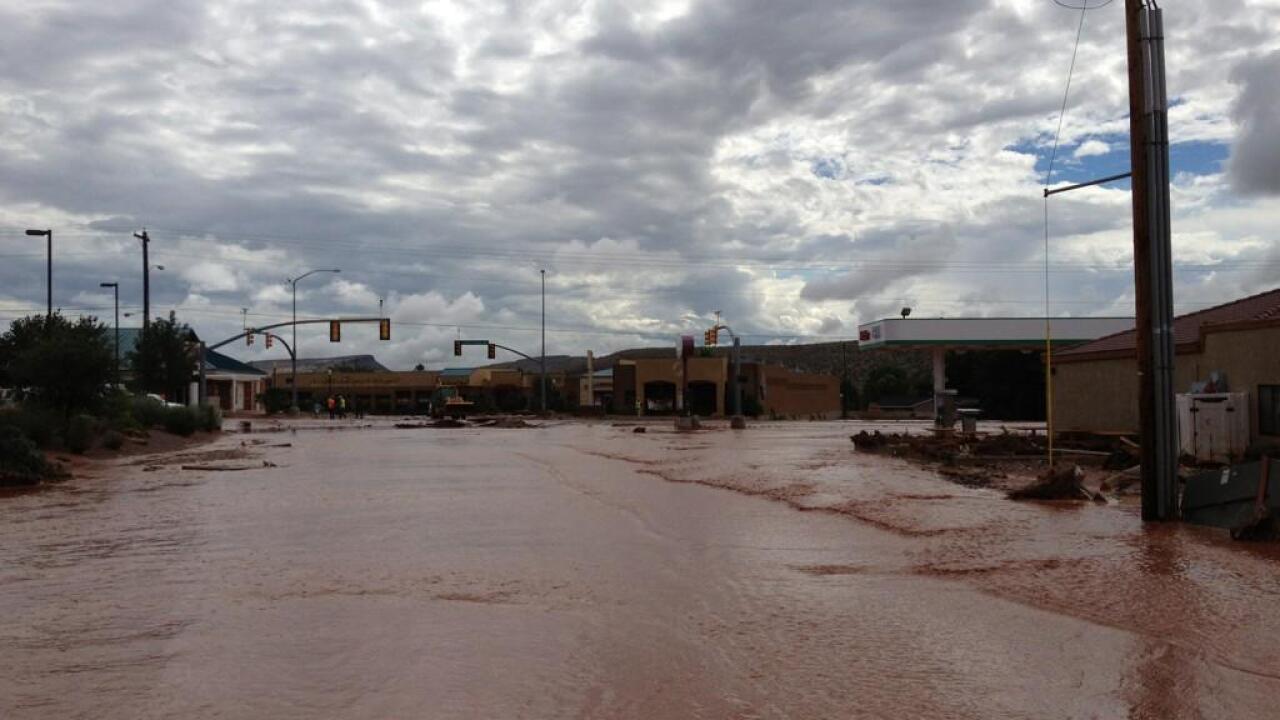 Heavy rains led to flooding in southern Utah, especially the city of Santa Clara where city leaders have issued a disaster declaration after rainwater swelled and broke a dike, which destroyed residences and several business Tuesday afternoon.

Evacuations are in place for 30 homes in the Vineyard area due to flooding. St. George police say one home was surrounded by flood waters and others are threatened.

As of 5 p.m., homeowners were allowed to go back and assess the damage as much of the water has since receded.

The National Weather Service has issued another flash flood warning for Washington County that expired at 4:45 p.m. A flood watch remain in effect until 10 p.m.

A flash flood warning was issued for Wayne County and Capitol Reef National Park that expired at 4:15. Roads in and out of the park are closed.

The National Weather Service reports 3.25" of rain has fallen Tuesday. That water is the cause of the flooding. The NWS also reports widespread flooding in Washinton County and says a flood warning will remain in effect until 10 p.m. Tuesday.

Experts say drivers should not attempt to drive into areas where water is covering the road.

(Anyone with video of the flood can upload the footage to YouTube and email FOX 13 the link at news@fox13now.com)

Schools affected by flooding (via washk12.org):

9/11/2012 - 3:45pm - END
Flood Update--At this time students that normally ride the bus are being transported home in the affected areas--although a few buses may be running late. Arrangements have been made with the parents of students that normally walk home to ensure they get home safely in those areas. Thank you to parents and community members for helping us work through this situation.

9/11/2012 - 2:18pm - UPDATE
Schools Announcement - Santa Clara Elementary, Snow Canyon High, Snow Canyon Middle will be dismissed at regular time today. Be aware busses may be running late and parents may pickup children at schools if they desire at the regular time.