Police look for suspect in wheelchair accused of exposing self 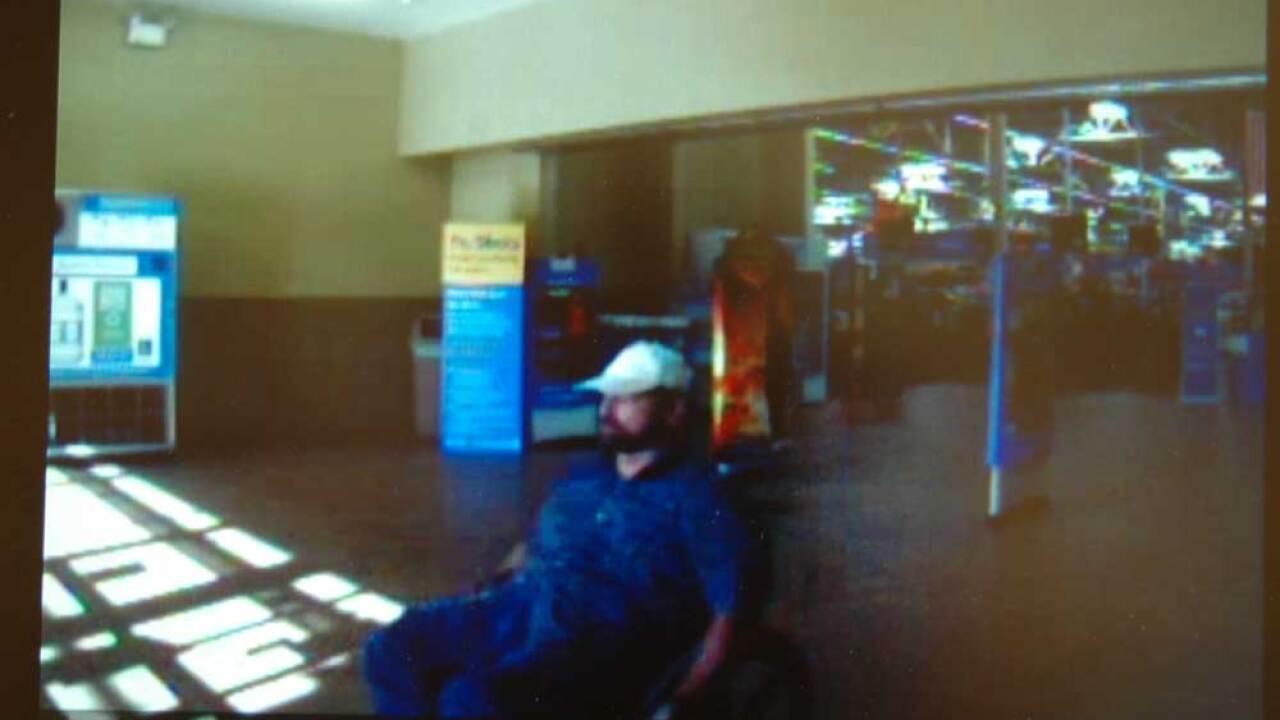 Suspect accused of exposing himself to a child at a Walmart on Aug. 23 in Sandy.

SANDY — Police say a man in a wheelchair exposed himself to a child at a Walmart.

Sandy Police say the incident occurred Aug. 23 when they say a white male allegedly exposed himself to a 7-year-old girl at the Walmart on 9151 S. Quarrybend Drive.

Police say a family member confronted the suspect initially, but he left the store before security was notified.

Police say they are asking the public’s help locating the man who was recorded on the store’s surveillance video.

Suspect accused of exposing himself to a child at a Walmart on Aug. 23 in Sandy.

The male was described as having a heavy build, full beard and wearing jean shorts. His wheel chair was not electric.

Anyone with information is asked to call the Sandy Police Department.