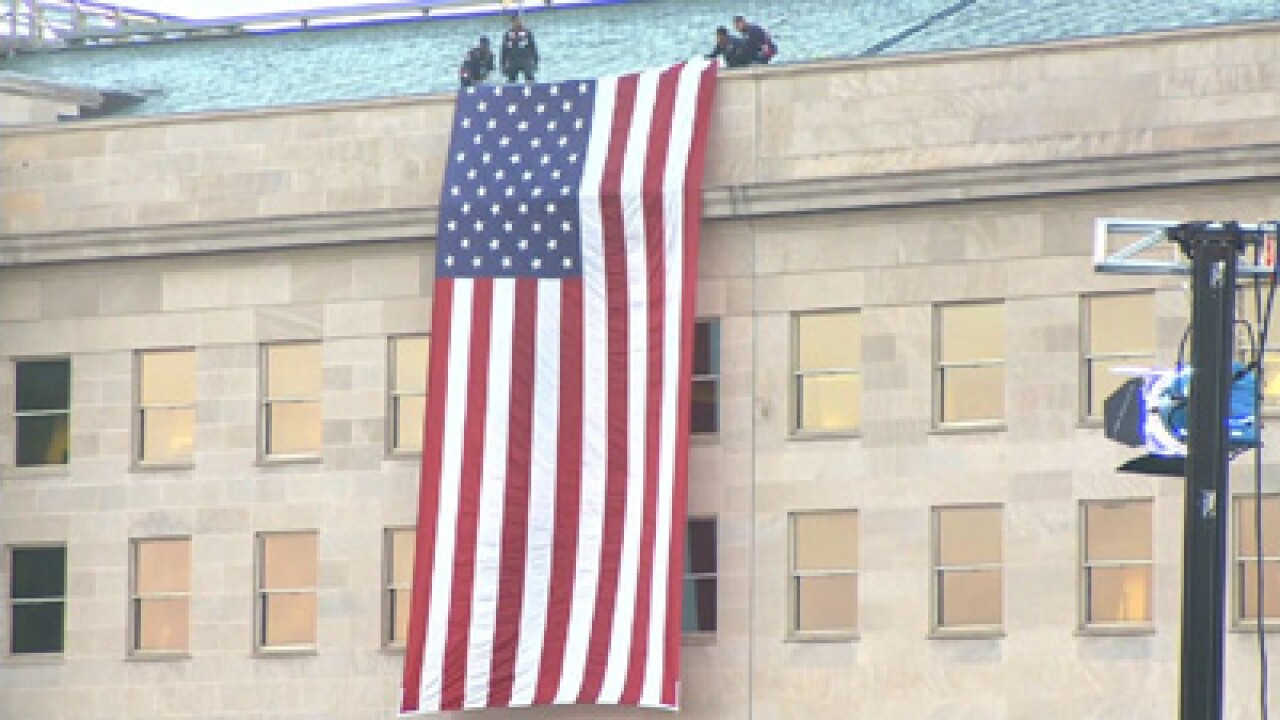 Flag unfolded at the Pentagon today to commemorate the September 11th, 2001 terror attacks.

NEW YORK (CNN) — The mudslinging on the campaign trail will stop and at the Capitol, Democrats will stand with fellow Republicans in a moment of rare bipartisanship. Two acts that signal the solemnity of September 11.

Eleven years after the horrific terrorist attacks, Americans will again pause Tuesday to remember with words and tears.

The ceremonies have become eerily familiar by now.

The reading of 2,753 names. Moments of silence to mark the times when planes crashed into the Twin Towers, then the hit on the Pentagon and the crash at Shanksville, Pennsylvania.

This year, the foundation that organizes the annual 9/11 memorial has announced that no politicians will be allowed to speak at the 2012 services.

And partisan politics will be unusually muted on the campaign trail and in Washington.

President Barack Obama will gather with first lady Michelle Obama and White House staff on the South Lawn to observe a moment of silence. Obama will then visit with wounded service members at Walter reed National Military Medical Center.

Mitt Romney, the GOP presidential nominee, will also stop to remember the events of 11 years ago.

And in Congress, lawmakers from both sides of the isle will stand together to mark the day.

But it probably won’t be long before it’s business as usual. They have a lot to get done after returning from a five-week recess.