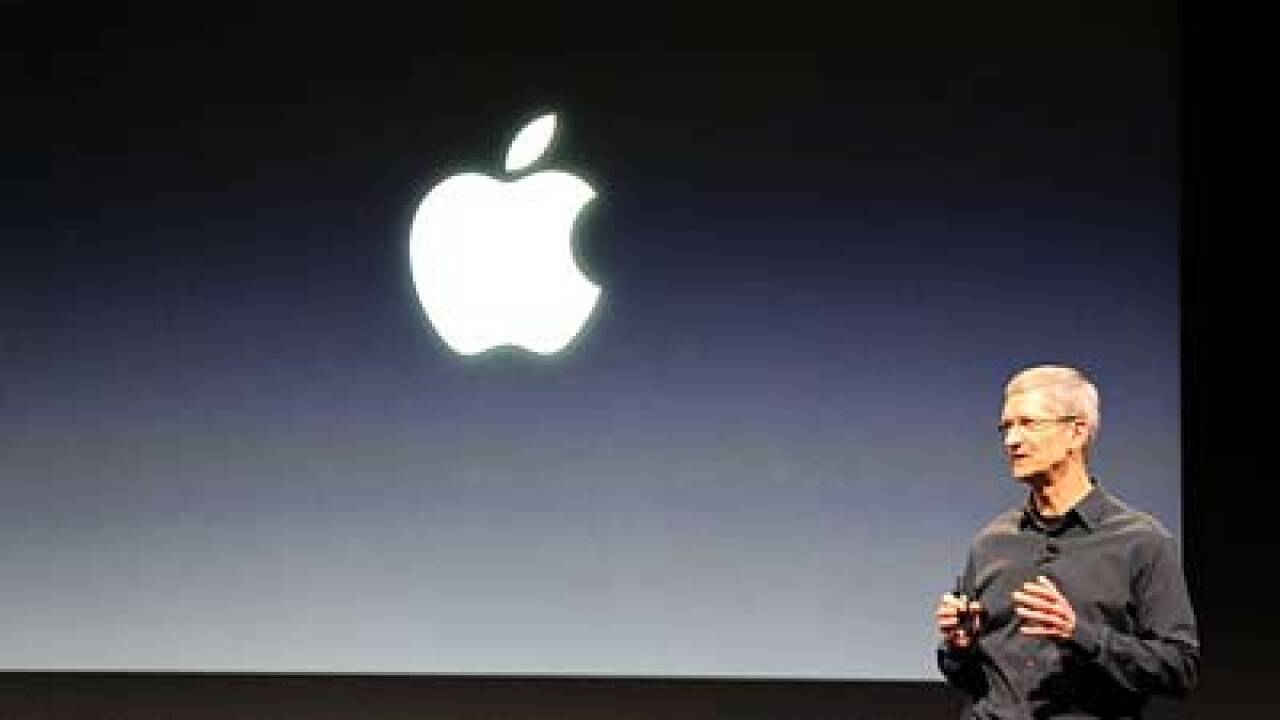 Apple said the iPhone 5’s processor speed is double that of the previous version, an advance made possible by the company’s new “A6” chip.

The iPhone 5 is also the first Apple smartphone to have 4G-LTE network connectivity, which allows for speeds of up to 10 times faster than 3G, or about the same as the average home broadband connection. In the United States, the iPhone 5 will be compatible with the LTE networks supported by Verizon, AT&T and Sprint.

Shares of Apple, were up slightly as the event began. (For real-time updates, follow Fortune’s Apple event liveblog.)

At its Worldwide Developers Conference in June, Apple already announced many of the software features that the new iPhone 5 will possess. They include an all-new maps app with turn-by-turn navigation, additional queries that Siri can answer, Facebook integration, FaceTime over cellular networks and a Passbook app that stores all of your coupons and boarding passes.

Ahead of the announcement, Wall Street analysts predicted that the iPhone 5 would set sales records. The industry’s median prediction is that Apple will sell 45 million iPhone 5 units in the first three months after it hits store shelves. It sold 37 million in the first quarter after the iPhone 4S went on sale last fall.

But industry research firm NPD cautioned that sales may be slower than expected, at least in the U.S., because the smartphone market is getting saturated. “Blowing away all weakened competition, as Apple has done to this point, makes it infinitely harder to continue to blow away the remainder,” analyst Stephen Baker wrote.

In addition to the iPhone unveiling, Apple is expected to announce an update to its iPod lineup, including a larger, remodeled iPod nano. Apple’s iTunes software is also likely to get a refresh.

Other possible — but unlikely — announcements include the seven- or eight-inch iPad “mini” Apple is believed to be working on, or an overhaul for Apple TV. But those products would probably overshadow the iPhone, which is expected to be the star of the day.