U.S. vows to hunt down perpetrators of Benghazi attack 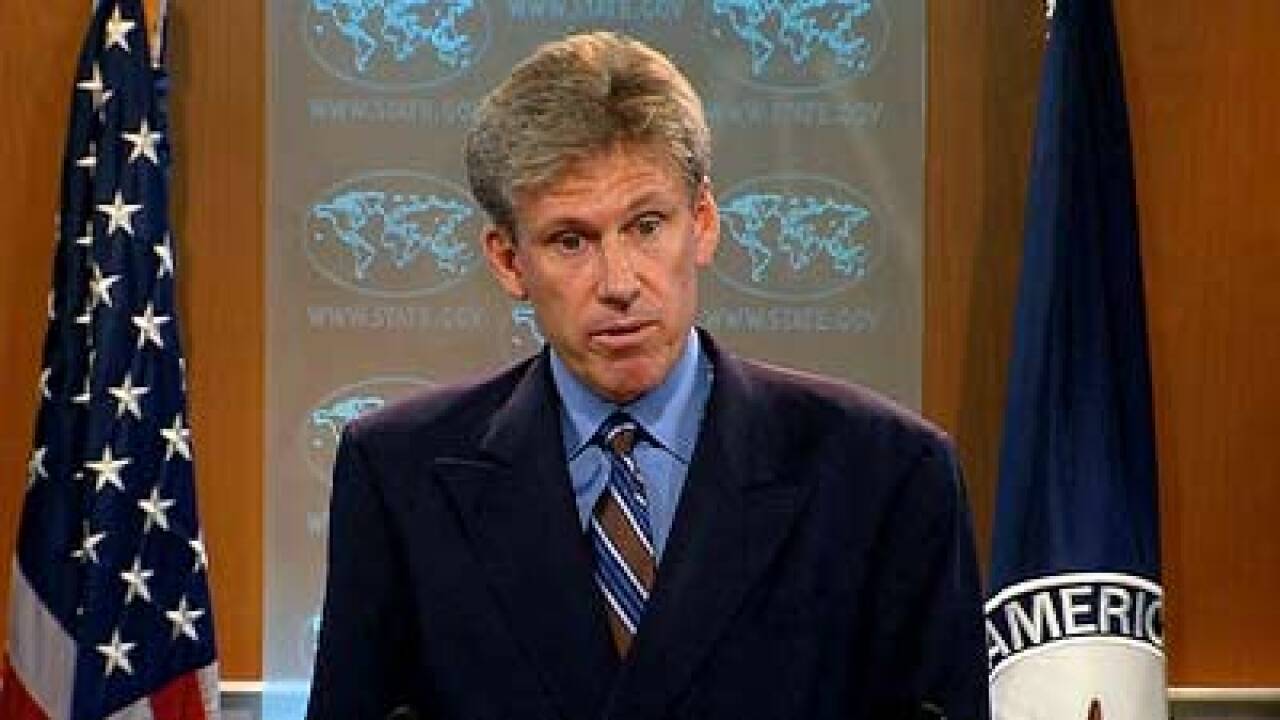 WASHINGTON (CNN) — The United States on Wednesday vowed to avenge the killings of its ambassador to Libya and three other Americans, moving warships toward the Libyan coast and preparing to track the suspected perpetrators with surveillance drones, officials said.

The slain ambassador, Chris Stevens, helped save Libya’s eastern city of Benghazi during last year’s revolution. He died there Tuesday night, along with another diplomat and two State Department security officers, when a mob stormed the U.S. Consulate and set it ablaze.

The Benghazi consulate was one of several American diplomatic missions that faced protests after the online release of a film that ridiculed Muslims and depicted the Prophet Mohammed as a child molester, womanizer and ruthless killer.

But U.S. sources said Wednesday the four-hour assault in Benghazi had been planned, with the attackers using the protest as a diversion.

“We will not waver in our commitment to see that justice is done for this terrible act,” President Barack Obama said. “And make no mistake, justice will be done.”

But two American destroyers also are being moved toward the Libyan coast, two U.S. officials told CNN. Both the USS Laboon and USS McFaul are equipped with satellite-guided Tomahawk cruise missiles that can be programmed to hit specific targets.

The move “will give the administration flexibility” in case the administration orders action against targets inside Libya, one senior official said. The McFaul was making a port call on Mediterranean island of Crete, while the Laboon was outside Gibraltar, a few days away from Libya.

Libya’s leaders apologized for the attack, with Prime Minister Abdurrahim el-Keib calling it a “cowardly, criminal act.” And Obama said that despite the inflammatory movie, the violence was unwarranted.

“Since our founding, the United States has been a nation that respects all faiths. We reject all efforts to denigrate the religious beliefs of others,” he said. “But there is absolutely no justification for this type of senseless violence — none.”

Sources tracking militant Islamist groups in eastern Libya say a pro-al Qaeda group responsible for a previous armed assault on the Benghazi consulate is the chief suspect. A senior defense official told CNN the drones would be part of “a stepped-up, more focused search” for a particular insurgent cell that may have been behind the killings.

The FBI also is investigating, the bureau said Wednesday.

In June, a senior Libyan official told CNN that U.S. controllers were already flying the unmanned craft over suspected jihadist training camps in eastern Libya because of concerns about rising activity by al Qaeda and like-minded groups in the region.

Tuesday’s attack took place on the 11th anniversary of the al Qaeda attacks on New York and Washington. But White House National Security Council spokesman Tommy Vietor said assigning any motive for the attack was “premature.”

“As the president said, make no mistake, we will work with the Libyan government to bring to justice the killers who attacked our people.” Vietor said.

Gunfire erupted outside the consulate about 10 p.m. (4 p.m. ET), senior administration officials told reporters. The officials, who spoke on condition of anonymity, said the attackers broke into the consulate compound about 15 minutes later.

The main building was set ablaze by a rocket-propelled grenade, a senior U.S. official familiar with the details told CNN earlier. Three people — Stevens, Foreign Service information management officer Sean Smith and a U.S. security officer — were inside at the time, according to the senior administration officials who briefed reporters Wednesday afternoon.

“There are reports out there that I cannot confirm that he was brought to the hospital by Libyans who found him,” one of the officials said. “Obviously, he had to get there somehow. No Americans were responsible for that.”

Two U.S. security guards were killed and two more wounded in the next hour, as they attempted to re-establish control of the consulate compound. Libyan security forces helped retake the complex about 2:30 a.m., the officials said.

American sources could not say whether the attackers instigated the protest or merely took advantage of it, and they say they don’t believe Stevens was specifically targeted.

Secretary of State Hillary Clinton dispatched Stevens to Libya to be the American link to rebel forces battling to overthrow Gadhafi.

“He arrived on a cargo ship in the port of Benghazi and began building our relationships with Libya’s revolutionaries,” Clinton said Wednesday. “He risked his life to stop a tyrant, then gave his life trying to build a better Libya.”

At a Washington news conference held by American religious leaders to condemn both the violence and the anti-Muslim film, Aujali called Stevens “the right man for the right position for the right time.”

Clinton said Smith was a 10-year veteran of the State Department, a husband and a father of two. The two other victims had not been named Wednesday evening as the government worked to contact their families.

Clinton said their deaths are “not easy.” But she added, “We must be clear-eyed even in our grief.”

“This was an attack by a small and savage group, not the people or government of Libya. Everywhere Chris and his team went in Libya, in a country scarred by war and tyranny, they were hailed as friends and partners. And when the attack came yesterday, Libyans stood and fought to defend our post.”

Meanwhile, the protests over the video resumed Wednesday night in Egypt, where several men scaled the walls of the U.S. Embassy and tore down its American flag on Tuesday. Police used tear gas on protesters outside Cairo embassy and in Tahrir Square, the epicenter of the revolt that toppled former President Hosni Mubarak in 2011.

Stevens spoke Arabic and French and was among the first U.S. diplomats sent to Libya in 2007, when Washington and Tripoli resumed ties. He was the sixth U.S. ambassador to be killed in the line of service, while two others have died in plane crashes.

The last time an American ambassador was murdered was in 1979, when the envoy to Afghanistan, Adolph Dubs, was kidnapped and killed during an attempt to rescue him, according to State Department records.