Nintendo’s Wii U coming in November 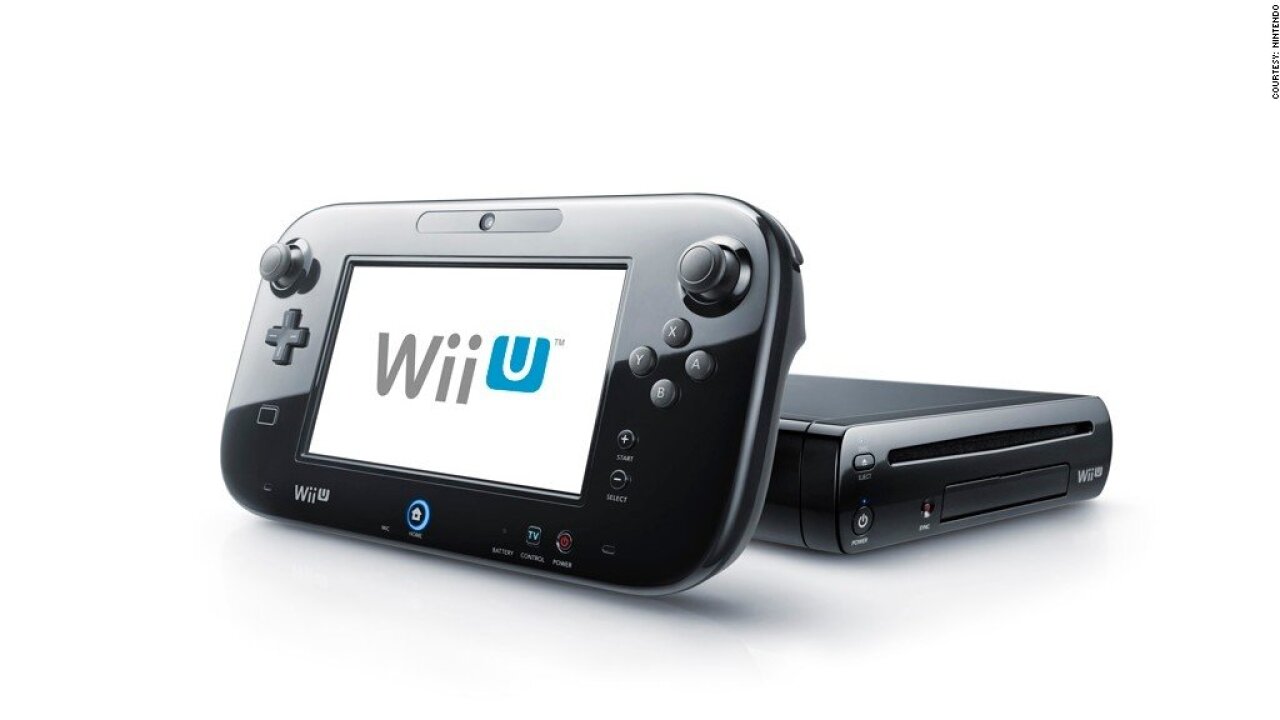 (CNN) — Nintendo announced a November release date for its next-generation Wii U on Thursday while looking to shore up two key constituencies — those still puzzling over the console’s “second screen” controller and hardcore gamers who still view the Wii as geared toward families and kids.

The Wii U will launch in the United States on November 18. Two configurations will be available: a basic set for $299 and a $349 “deluxe” edition that will have additional memory, a stand and charger for the GamePad and the “NintendoLand” game.

At a New York press conference, the company also introduced Nintendo TVii, a free TV and movie service that utilizes the Wii U’s handheld controller, with its built-in screen, as a remote control and tablet-of-sorts for additional content.

Nintendo of America President Reggie Fils-Aime acknowledged that, while players who have gotten their hands on the new console have enjoyed it, others remain confused.

The U’s major advance on the company’s top-selling Wii console is the GamePad, which has a 6.2-inch touchscreen that interacts in various ways with games that are designed for it. Players can play together, with one person using a TV screen and the other using the game pad, or a single player can get additional content on the GamePad that enhances the game on the big screen.

E3: With new titles, Nintendo works to explain Wii U

While it’s not certain how many new titles will be available at launch time, at least 50 games will be available for the Wii U by March, Fils-Aime said. And while Thursday’s events showcased new titles in venerable Nintendo franchises like “Mario Bros.,” there was heavy focus on games favored by more hardcore and adult players.

Those titles included “Call of Duty: Black Ops 2,” “Mass Effect III,” “Assassin’s Creed III” and “007 Legends.” “The Wonderful 101” and “Bayonetta 2,” both from Platinum Games, will be exclusive to the Wii U.

The company has trumpeted enhanced video and memory capabilities on the new system as a way to provide an experience that’s at least on par with the rival Microsoft Xbox 360 and Sony Playstation consoles, which are preferred by many diehard gamers.

Activision CEO Eric Hirshberg, who attended the event, called the Wii U “the most capable Nintendo platform ever, especially for the kind of games we make.”

He touted planned titles like “Skylanders Giants,” “Wipeout 3” and “Transformers Prime,” as well as the “007” and “Call of Duty” games.

“We’ve never been able to achieve this level of realism before on a Nintendo platform,” he said.

Richard George, an executive editor at gaming site IGN who covers Nintendo, said Thursday’s presentation may have been the moment the company finally hammered home the value of the new system.

“Nintendo’s presentation and vision is far more comprehensive and compelling than what they showed at the past two E3s,” he said, referring to a summer video game conference.

He said the price may be slightly more than many had predicted but that the free inclusion of Nintendo TVii, which he called a key selling point, offsets that.

The presentation made strides with the hardcore gaming crowd, but that key holes remain, he said, notably titles like “Bioshock: Infinite,” “Tomb Raider” and “Grand Theft Auto V.” Questions still remain about which, if any, of those titles will be coming after the launch period.

But while reaching out to new audiences may be a focus, Nintendo has sold 630 million gaming consoles since 1983 and George says that’s a big deal.

“Loyal Nintendo fans will snatch this up like crazy,” he said.