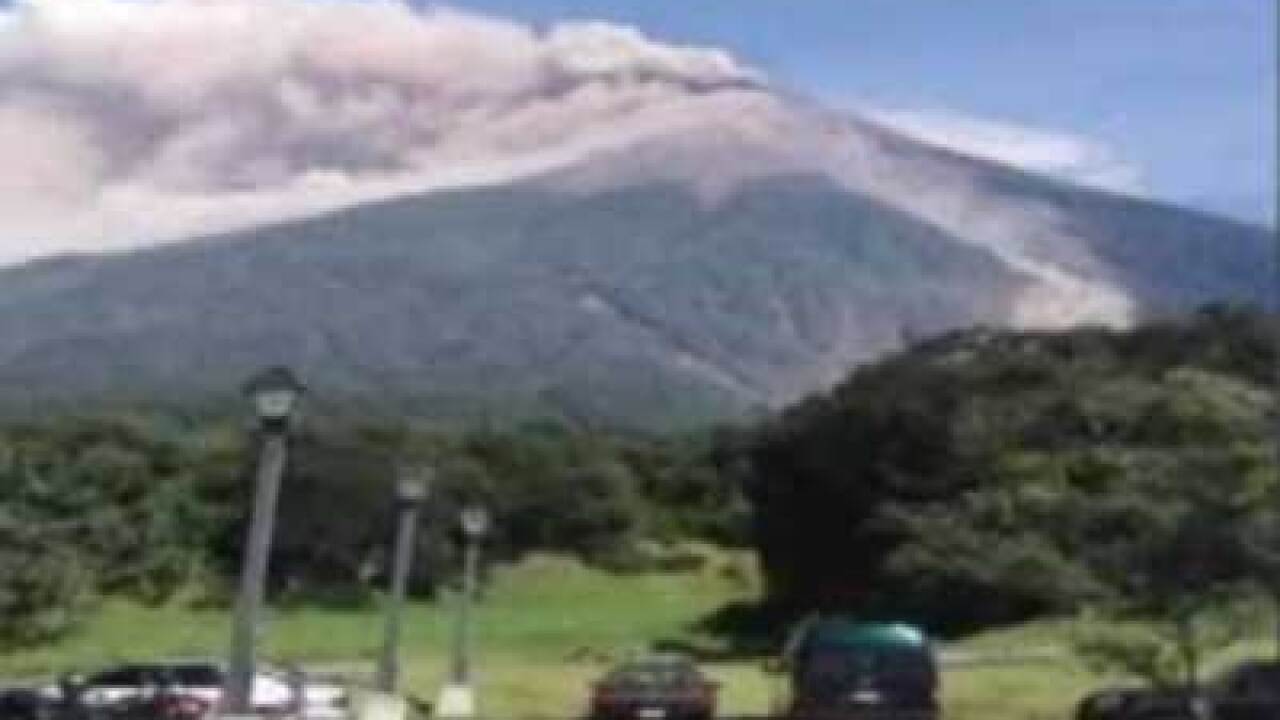 (CNN) — A volcano erupted Thursday in Guatemala, prompting officials to evacuate 35,000 residents, a spokeswoman for the Red Cross told CNN.

The “Volcan de Fuego,” or Fire Volcano, began spewing ash at 10 a.m. and was continuing to belch forth late in the afternoon near the country’s former capital, Antigua, said Carmen Maria Caballero of the Guatemalan Red Cross.

CNN iReporter Harby David Marroquin had been working at a nearby golf course when he saw nature’s pyrotechnics and shot video on his iPhone. It showed white smoke pouring out of the top of the 3,763-meter (12,346-foot) volcano.

Listening to the volcano gives him peace of mind, Marroquin said. “You feel an indescribable energy, and this time was no different.”

Ten shelters, each able to house some 200 people, were opened in the affected villages, Caballero said. Most evacuees were staying with friends or relatives, she said.

Residents within 20 kilometers (12 miles) of the volcano were being taken from the affected zone in buses and private cars, she said. Ash was falling up to 40 kilometers (25 miles) from the volcano.

Several people were treated at mobile health centers for respiratory problems; one person was hospitalized in critical condition, according to Caballero.

Another Red Cross spokesman, Vinicio Sarazua Santillan, told CNN en Español that a number of people were remaining in their houses, unwilling to evacuate out of fear that their belongings could be stolen.

According to the Smithsonian National Museum of Natural History, the volcano is one of Central America’s most active.