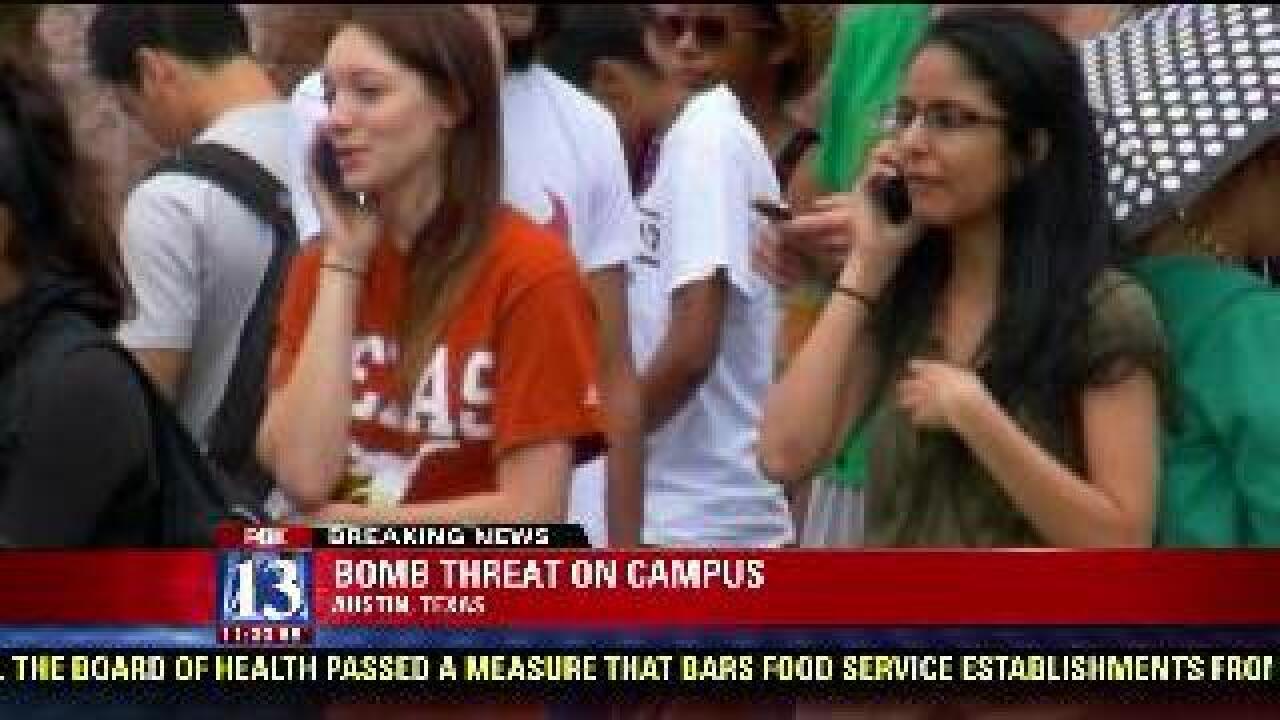 (CNN) -- A bomb threat prompted evacuation of the University of Texas at Austin on Friday, though authorities determined there was no threat to campus, a university spokeswoman said.

Police and federal authorities, including a bomb squad, had investigated the threat.

About 51,000 students attend the flagship university, which is located in central Texas. University spokeswoman Rhonda Weldon said that at any time up to 70,000 people could be on campus.