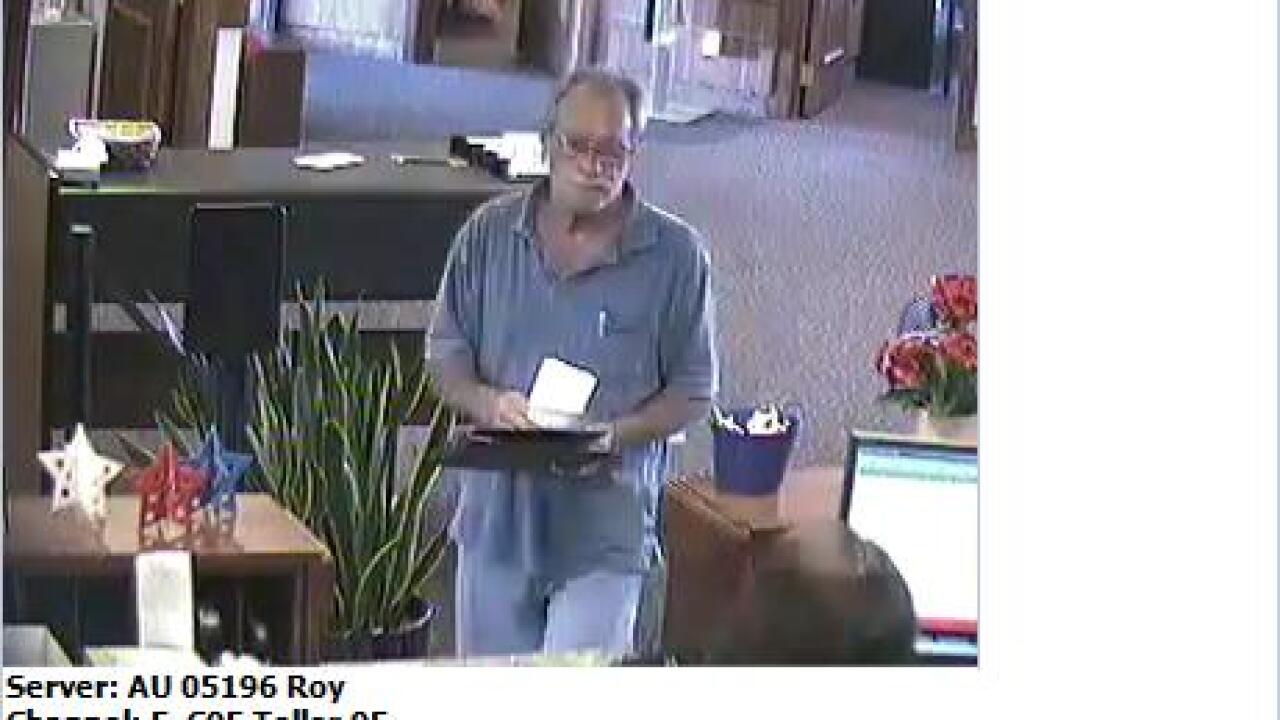 The FBI’s Oklahoma City Division said Michael Eugene Brewster, 54, from Pensacola, Fla., was arrested by police in Roland, Okla. Thursday after being pulled over during a routine traffic stop. The FBI says, at the time of the arrest, Brewster was driving a vehicle reported stolen out of Florida with bogus Utah license plates.

Brewster is suspected of robbing as many as 10 banks over the last three months in Arizona, Colorado, Idaho, Utah, North Carolina, Tennessee, Illinois, Missouri, and Pennsylvania.

He was given the name of “Bucket List Bandit” by law enforcement because he allegedly told tellers he had only months to live .

The Bucket List Bandit was the subject of a nationwide publicity campaign by the FBI.