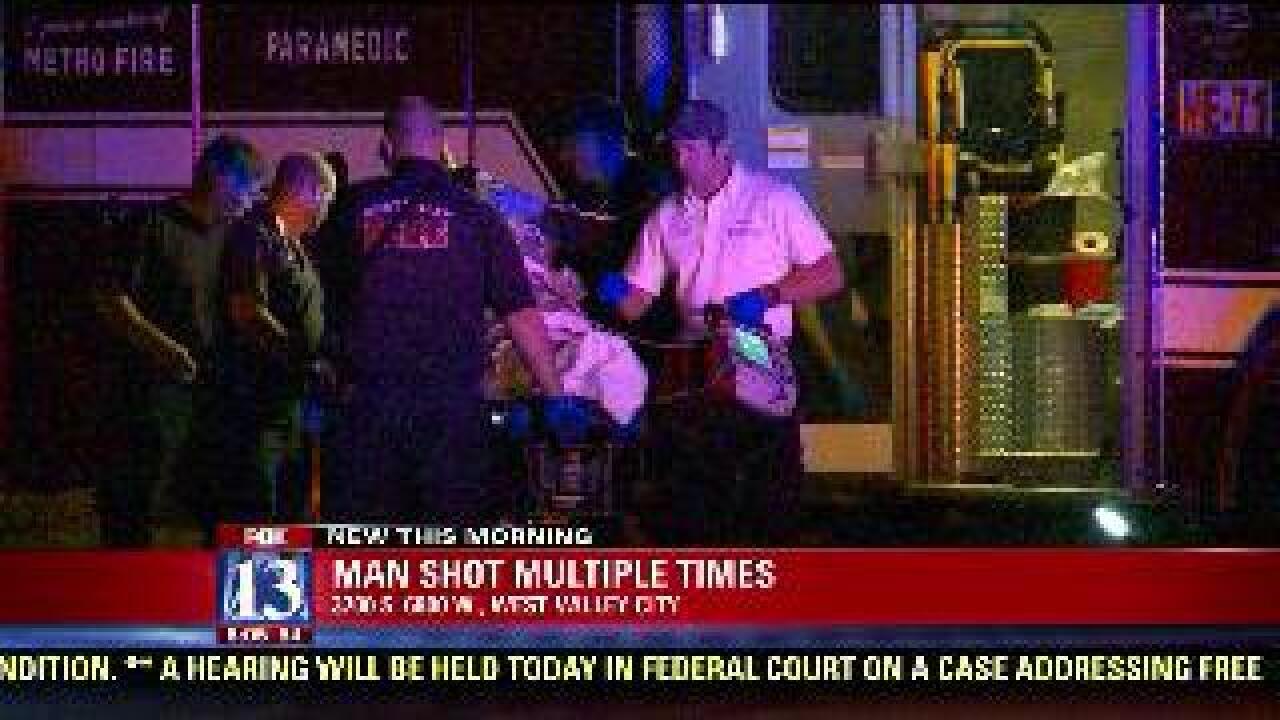 The incident happened around 11:30 Thursday night at the victim's home near 37th South and 68th West.

Police said the man, who is in his 50's, was shot multiple times. They said there is very limited information so far in the investigation.

"The detectives are talking to everyone right now and we're not releasing any names or any of that right now," said Sgt. John Pearce, West Valley City Police Department.

The man was airlifted to a nearby hospital. He is in serious condition.