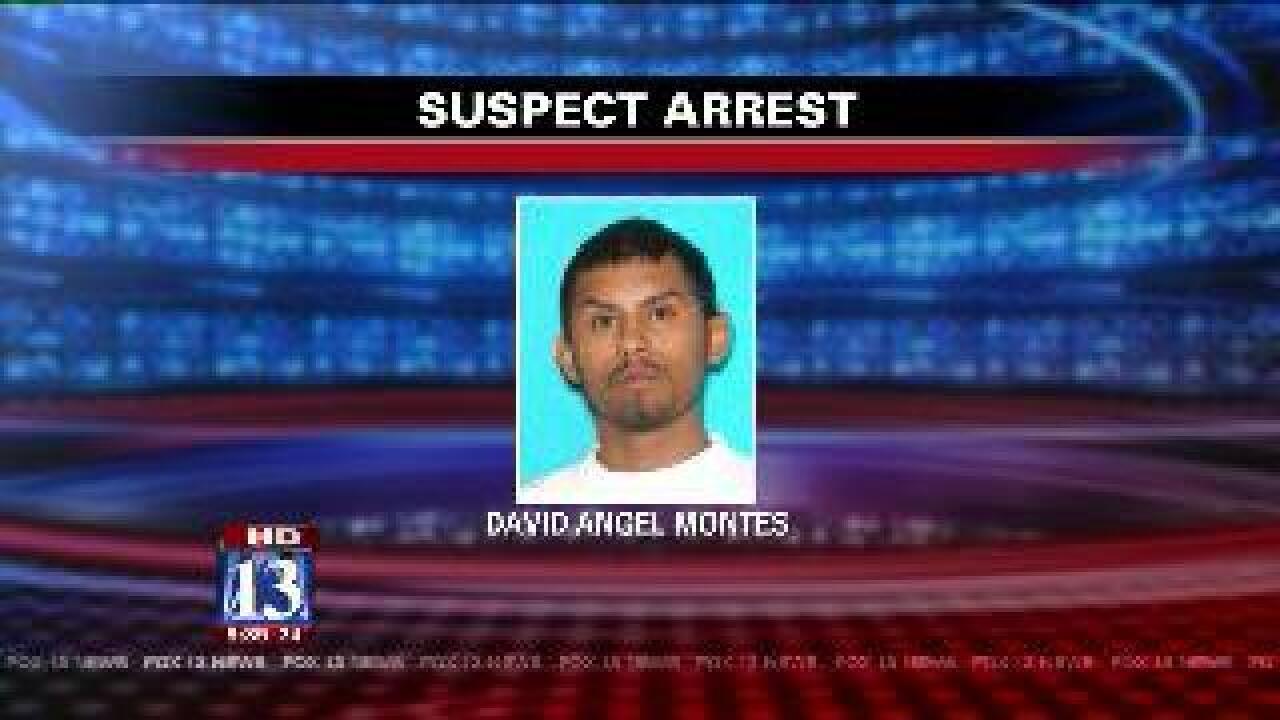 SALT LAKE CITY - Police have arrested a man wanted in connection with the murder of a 16-year-old boy.

With the help of the Joint Criminal Apprehension Team, 21-year-old David Angel Montes was located and taken into custody.

He is charged with obstructing justice in the murder of Kenny Winston.

Winston was found dead near 2900 South and 11th East in Salt Lake City on Aug. 29. Police have since made several arrests in the case.

Police said known gang member Frank Reyos is believed to be the shooter.

On Friday, police re-arrested Jessica Reyos, Frank Reyos' sister, for allegedly trying to cover up the crime. She had posted bond earlier this week.

Jessica Reyos was arrested again on charges of obstructing justice. In a probable cause statement, police said she admitted to planning to leave the country with her boyfriend.