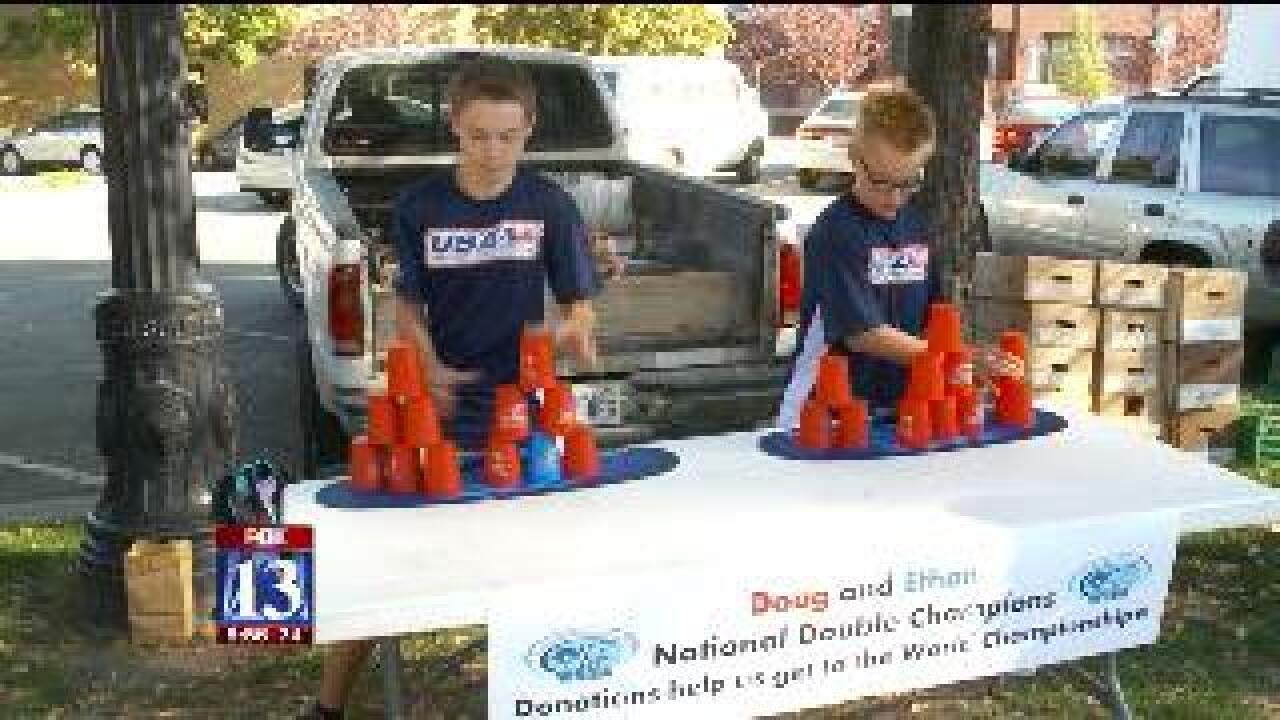 It's mesmerizing to watch and hard to do. It's called sport stacking.

It is a timed event that uses 12 cups stacked into pyramid formations.

Two Utah boys are showing off their skills for tips at the downtown farmer's market, hoping to raise money to go to the world competition.

Ethan Sumsion, 13, and Doug Brian, 14, attract a lot of attention at the market.

The boy's got into the sport in different ways. Ethan was introduced to it by a physical education teacher at school and Doug became interested in the sport after seeing it on TV.

Years of practice have earned the boys spots on the team USA Sport Stacking.

Each year, sport stacking competitions take place around the country and around the world. Stackers are responsible for funding their travel to the events, and Ethan and Doug have taken their show on the road.

"We're trying to raise money for the World Championships 2013 in Orlando," Ethan said.

The boys are in action every Saturday at the downtown farmer's market in Pioneer Park between 9 a.m. and 2 p.m.

The world competition they are preparing for will take place next April.